Six students representing four of Syracuse University’s schools and colleges will be honored for excellence in introductory Earth science at the annual Chauncey D. Holmes Lecture and Awards Ceremony on Thursday, March 20, in the Heroy Geology Laboratory Auditorium. The keynote speaker, James Zachos, professor of Earth and planetary sciences at the University of California, Santa Cruz, will present “The Long Term Impacts of Unabated Anthropogenic Carbon Emissions: Lessons from the Past.”

The annual event is presented by the Department of Earth Sciences K. Douglas Nelson Colloquium Series in The College of Arts and Sciences and is free and open to the public. Paid parking is available in the University’s visitor lots.

Chauncey Holmes G’27, who received a master’s degree in geology from SU in 1927, established the Chauncey D. Holmes Award. An esteemed geologist, Holmes considered raising geologic awareness among undergraduate students a prime objective of his academic career. The awards were established to recognize outstanding students in introductory geology courses.

“Every year we have a fantastic group of students to choose from and the same can certainly be said for this year’s honorees,” says Don Siegel, who serves as department chair and is both the Jessie Page Heroy Professor and Laura J. and L. Douglas Meredith Professor of geology. “Each student recognizes the importance of learning about topics out of their initial comfort zone, and that being well-rounded and nimble provides the key to a successful post-collegiate career.” 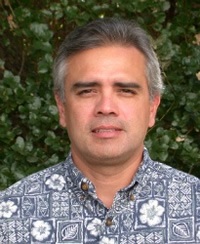 Zachos, a fellow of the American Geophysical Union, Geological Society of America, California Academy of Sciences and American Academy of Arts and Sciences, is a renowned researcher working on an array of problems related to the biological, chemical and climatic evolution of the oceans. He measures the chemical composition of shells from marine sediments to reconstruct past changes in ocean temperature and circulation, continental ice-volume, productivity and carbon cycling. Zachos especially focuses on identifying the causes of long- and short-term changes in global climate.

Recipients of the 2013 Chauncey D. Holmes Awards are the following:

The College of Arts and Sciences

David B. Falk College of Sport and Human Dynamics