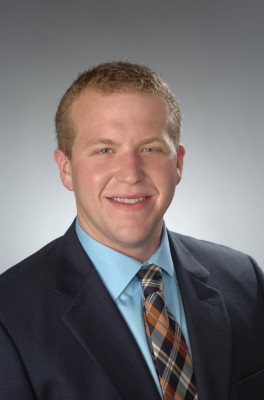 In this capacity, he represents more than 13,000 students who are attending law schools in the Second Circuit, which is composed of the 15 law schools in the state of New York, and along with 14 other circuits, makes up the Law Student Division. He takes office during a ceremony and board meeting in Charleston, S.C., on March 13-16.

The American Bar Association Law Student Division provides students with access to a nationwide network of students, faculty, practitioners and judges to stay informed on the latest developments in the law and in the legal community.

“I look forward to strengthening the ties between the many New York City law schools and those elsewhere in the state, and will look for new Bar Association opportunities for students at each law school,” Jennison says. “It’s a tremendous honor to have been elected by peers from across the state.”

Jennison earned a bachelor’s degree from Syracuse University and a master’s of public administration from the University of Pennsylvania. He is currently a senator in the Syracuse Student Bar Association, a law ambassador and an editor of the Syracuse Law and Civic Engagement Forum.