The University of Louisville Cardinal Singers and the Syracuse University Singers will offer a joint performance on Sunday, March 23, as part of the Esther Drake and John Vincent Malmgren Concert Series.

The concert will begin at 7 p.m. and is free and open to the public. Free parking is available in the Q1 lot and the Irving Garage. 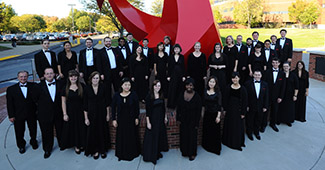 The Cardinal Singers is a select chamber choir of 32 singers under the leadership of Kent Hatteberg, director of choral activities at the University of Louisville. The choir performed at the Cuba/U.S. Choral Symposium in Havana in 2012; the Taipei International Choral Festival in 2010; and the “Voices of the Baltics” Multicultural Conference in Tallinn, Estonia, in 2007; and for conventions of the American Choral Directors Association in Dallas; Winston-Salem, N.C.; Oklahoma City; and Nashville.

The University Singers, conducted by John Warren, associate professor and director of choral activities in the Setnor School of Music in the College of Visual and Performing Arts, is the most select choral ensemble at Syracuse University. With 36 members, the choir performs a variety of music, from the Renaissance era to contemporary compositions, and is featured as the University’s premiere touring ensemble. It has toured throughout the east coast of the United States and Canada and gave several performances in the Chicago area during the 2012-13 season. Recent masterworks include the requiems by Brahms, Fauré and Verdi; Beethoven’s “9th Symphony”; Mahler’s “2nd Symphony” and Haydn’s “The Creation.” 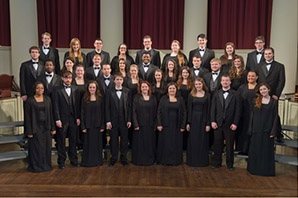 The ensemble was one of eight collegiate choirs selected to perform at the Eastern Division Conference of the American Choral Directors Association in Baltimore in February.