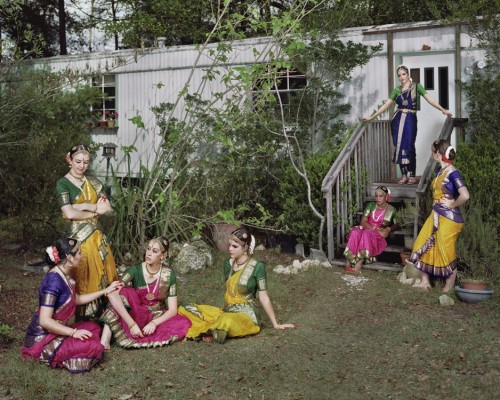 “The Conversation” by Michael Buhler-Rose

Bühler-Rose utilizes photography to unravel our ideas of place, culture, spirituality, exoticism and authenticity. With multiple bodies of work brought together in “New Geographics,” Bühler-Rose explores the notion of what he calls a “new geography”—that is, in our rapidly globalizing world, cultures and places are crossing over others right in front of our eyes.

In conjunction with his exhibition, Bühler-Rose will be presenting his video piece “I’ll Worship You, You’ll Worship Me” with Urban Video Project (UVP) at the Everson Museum of Art. The exhibition will be on view March 6-22, from dusk-11 p.m.

A working artist and professor in New York City, Bühler-Rose has for many years led a parallel life as a Vaishnava devotee. He regularly attends temples in New York City, where he lives with his family, and a few times a year he makes a pilgrimage to a variety of religious towns in India to study ritual and philosophy. Bühler-Rose’s photography may arise out of his own duality, as a working professional in one of the most extravagant and material cities in the world and as a regular visitor to quiet, holy places in India. 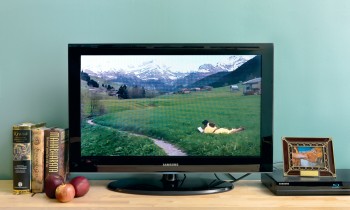 “My work itself in many regards has nothing to do with India; it is very much about an American experience of a place,” Bühler-Rose explains. “In the same way, I am an American devotee of the Hindu God Krishna and have to constantly negotiate how that works outside of its original cultural context. My personal spiritual practice is heavily invested in ritual and raises the same issues in terms of how to navigate traditional observances within a very different atmosphere, and how to keep the same goals in mind while adjusting details. In one read of the photographs, they show a dichotomy of East and West, but in reality they show a newer world that is more likely neither—one that is specifically global while simultaneously local.”

Bühler-Rose’s photographs leave viewers with many questions, many without easy answers. The photographs in “New Geographics” are together a part of a larger dialogue about the increasingly globalized world and its elasticity. They are a striking visual of modern culture at a moment where the world is simultaneously expanding and shrinking.

Bühler-Rose was born in New Jersey. He received a Fulbright Fellowship to India, obtained a B.F.A. from the School of the Museum of Fine Arts, Boston and an M.F.A. from University of Florida. Recent work and curated projects have been exhibited at the Museum of Fine Arts, Boston; Indira Gandhi National Centre for the Arts, Delhi; Witte de With, Rotterdam; Vogt Gallery, New York; Scaramouche, N.Y.; Chatterjee and Lal, Mumbai; Nature Morte, New Delhi; and Carroll and Sons, Boston.

His work is held in the Sammlung Goetz, Munich; the SK Kultur Stiftung/Photographische Sammlung, Cologne; and the Harvard Fogg Museum, Cambridge, Mass. He is an instructor at the Rhode Island School of Design and the Cooper Union.