University Union is bringing Zedd to headline, along with 2 Chainz, at Block Party in the Carrier Dome on Friday, April 25. The evening concert will begin at 7 p.m. and doors will open at 6:30 p.m. 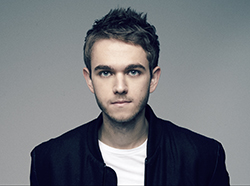 Grammy Award-winning artist Zedd is known for his unique and meticulous composition, stemming from his musical upbringing. Entering the electronic scene in 2010 with his remix of Skrillex’s “Scary Monsters and Nice Sprites,” the German DJ and producer continued to build his following with remixes of such popular artists as B.o.B. and Lady Gaga, who included the artist’s remix on her “Born This Way Deluxe Edition.” In 2012, Zedd signed with Interscope Records, with whom he has released his debut single “Spectrum” and first full-length, “Clarity.” The album included hit singles “Stay the Night,” featuring Hayley Williams, and “Clarity,” featuring Foxes. “Clarity” charted number 8 on the Billboard Top 100 and won Best Dance Recording at the 56th Grammy Awards. Earlier this year, the artist released another single, “Find You,” with Matthew Koma and Miriam Bryant. 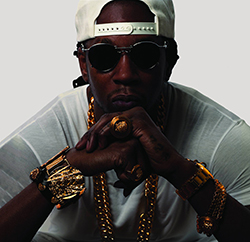 Launching his career in 2007 with the Atlanta-based Playaz Circle, 2 Chainz (formerly known as Tity Boi) released his first mixtape, “Me Against the World.” After a collection of mixtapes, 2 Chainz finally charted on Billboard’s Top R&B/Hip-Hop Albums with his mixtape “T.R.U REALigion.” The following year, the Georgia rapper released his first studio album, “Based on a T.R.U. Story,” which debuted at No. 1 on the U.S. Billboard 200 and sold 147,000 copies in its first week. The release included popular singles “I’m Different” and “No Lie” and featured special guests Drake, Nicki Minaj and Mike Posner. 2 Chainz’ sophomore release “B.O.A.T.S. II: Me Time” dropped in 2013 and featured appearances by Pharrell Williams, Fergie, Lil Wayne and Pusha T among others. The artist is also known for appearances on singles “F**kin’ Problems,” “Mercy,” “Bandz a Make Her Dance” and “Talk Dirty.”