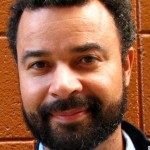 Jones’ lecture, “Racism, Public Education and Collective Bargaining,” is part of the Douglas Biklen Landscape of Urban Education Lecture series. The event is free and open to the public. CART service will be provided, and free parking is available in the University Avenue Garage.

The American Federation of Teachers and the National Education Association represent several million K-12 educators working in public schools. As a large contingent of organized public sector employees, their fate is inextricably linked to the fate of the communities they serve. For people of color, public sector employment has long been a key lever of social advancement and financial security. Working class people of color have an interest in teachers unions, therefore, not just as recipients of a public service, but as workers.

Jones has taught elementary grades for almost a decade in New York City’s public schools, and he is pursuing a Ph.D. in urban education at the City University of New York Graduate Center. He is a member of the Movement of Rank and File Educators: the social justice caucus of the United Federation of Teachers. He co-narrated the film “The Inconvenient Truth Behind Waiting for Superman,” and has contributed to the book “Education and Capitalism: Struggles for Learning and Liberation.” Jones is the recipient of a 2012 Lannan Cultural Freedom Fellowship. He is currently writing a book about the radical legacy of the civil rights movement.

For almost 25 years, the Ganders Lecture Series has celebrated the legacy of Harry S. Ganders, the first dean of the School of Education. Ganders’ tenure as dean (1930-52) is characterized as one of transition, growth and innovation, and saw the creation of an all-University structure for the School of Education. The series is supported by alumni and other contributions to the Harry S. and Elva K. Ganders Memorial Fund.

Since 2005, the Landscape of Urban Education Lecture Series has presented current ideas and strategies for navigating urban educational terrain in the United States.

For more information on the Landscape of Urban Education lectures, visit http://soe.syr.edu/LUE or call 315-443-4696.