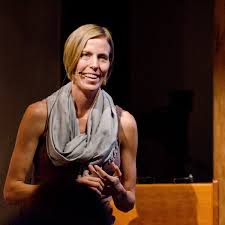 A professor in The College of Arts and Sciences has been recognized by the College Art Association (CAA) and the Wyeth Foundation for American Art.

Sascha Scott, a specialist in 19th- and 20th-century American and American Indian art, has been awarded CAA’s Arthur Kingsley Porter Prize for her article “Awa Tsireh and the Art of Subtle Resistance,” which ran in the December issue of The Art Bulletin (CAA, 2013). She also has received the Wyeth Publication Grant, in support of her forthcoming book, “A Strange Mixture: The Art and Politics of Painting Pueblo Indians” (University of Oklahoma Press, 2014).

“We’re extremely proud of Sascha Scott, whose work is in line with the Department of Art and Music Histories’ and Syracuse University’s vision for advancing the highest standards of scholarship on a national and international level,” says Theo Cateforis, associate professor and chair of art and music histories (AMH). “”She is a scholar-teacher of the highest order.”

The Wyeth Foundation for American Art champions all aspects of American painting made before 1970.

Since joining SU’s faculty in 2008, Scott has made a name for herself in American visual culture. In fact, many of her SU courses are based on research she has compiled on the representation of American Indians, art and politics, and art and the environment.

Scott’s Art Bulletin article has been praised by CAA for its thorough investigation of the politics of indigenous art production, distribution and display, and for ambitiously probing “the fine line between the demands of scholarship and the ethics of exploitation.”

“Painter Awa Tsireh developed an art of subtle resistance in the 1920s, when Pueblo culture was being persecuted by the Bureau of Indian Affairs and being exploited by tourists and anthropologists,” says Scott, an assistant professor in both AMH and the Native American Studies Program. “His visual language was representative of the tactics Pueblo artists used to represent their culture, while controlling the flow of information.”

Scott explains that by deploying evasive visual strategies, such as silences, misdirection, coding and masking, Tsireh celebrated his culture at a time when it was under attack.

“He helped foster a commercial market that benefitted himself and his community, while protecting Pueblo cultural knowledge and interests,” she says.

Scott continues this theme in “A Strange Mixture,” which examines representations of American Indians and politics between the two World Wars.

“In the 1910s and ’20s, there was an epochal shift in federal Indian policy from assimilation to preservation,” she says. “During this tumultuous period, artists with diverse aesthetic tendencies played a key role in the fight against assimilationist policies. I try to show, in my book, how the art produced by these artist-activists not only was informed by their political perspectives, but also helped fuel a widespread change in attitudes toward American Indians and radically altered the visual landscape of the Southwest.”

Scott’s book is slated for publication this fall.