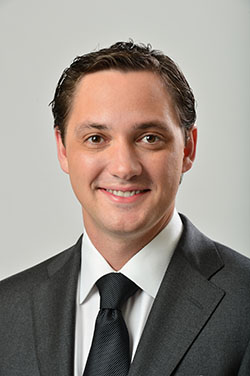 ESPN’s Carter Blackburn ’01 will visit the Newhouse School on Monday, Feb. 10, for “Coffee with Carter” at 9 a.m. in the I-3 Center, 432 Newhouse 3. Blackburn, a Newhouse alumnus, will discuss his career in sports broadcasting and offer advice to students. Follow on Twitter at #NewhouseSports.

Blackburn joined ESPN in 2009 as a play-by-play announcer, calling college football, college basketball, college lacrosse and more across ESPN’s networks. His roles include the SEC Network and Pac-12 football.

As a student at SU, Blackburn served as play-by-play announcer for football, basketball and lacrosse broadcasts on WAER-FM and Syracuse University Radio Network.

The event, which is sponsored by the Newhouse Sports Media Center, is free and open to the public. For more information, contact John Nicholson at 315-443-4065 or jsnich01@syr.edu.