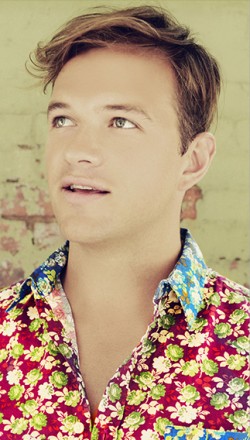 Jean-Philip Grobler, known by his stage name, St. Lucia, is set to come to Schine Underground on Wednesday, March 5, for the first Bandersnatch Series concert of the semester. Pop duo ASTR will open for the Brooklyn-based artist. Doors open at 7 p.m. and the concern will begin at 7:30 p.m.

Inspired by music from his youth, Grobler began appearing as St. Lucia in 2010. After signing with Neon Gold Records, the South African musician released his self-titled EP, which he shortly followed with his second project, “September.” Both EPs were praised for their electro pop sound inspired from decades past and high-level energy reflected in today’s music. In 2013, he debuted his first album, “When the Night,” featuring hit singles “Elevate” and “All Eyes on You.” Produced by Grobler, the album features additional production and mixing from members of Passion Pit, Muse and Foo Fighters.

ASTR, also on Neon Gold Records, has recently hit the press with its debut EP “Varsity.” Highlighted on Complex Magazine’s “10 emerging artist to listen to in 2014,” the band has been making waves with hits “R U With Me” and “Operate.”

Tickets for St. Lucia are on sale at the Schine Student Center Box Office. Ticket sales are open to all SU and SUNY/ESF students and faculty for $5.