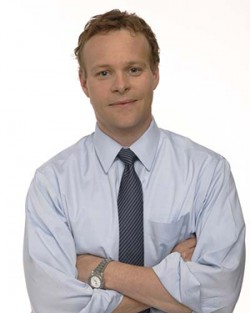 Chris Licht ’93, vice president of programming for CBS News, will visit the Newhouse School on Thursday, Feb. 6, as a guest of the Department of Broadcast and Digital Journalism (BDJ) “State of the Field” speaker series. “Why Network News Matters,” a conversation with Licht, will be held at 7 p.m. in the Joyce Hergenhan Auditorium in Newhouse 3. Frank Currier, BDJ professor of practice, will moderate the discussion. Follow on Twitter at #BDJ_Licht.

Licht, who is also executive producer of “CBS This Morning,” oversees CBS News broadcasts and the development of new opportunities across all platforms.

Licht began his career at KNBC in Los Angeles, distinguishing himself early on during the O.J. Simpson trial. Over the next seven years at KNBC, he moved up to special projects producer, coordinated the station’s Olympics coverage and produced the Channel 4 News at 11. He played an integral role on the transition team during NBC’s purchase of KNTV in San Francisco. Following the transition, he remained as executive producer.

Licht is a member of the Newhouse Network Board of Directors. He is the author of “What I Learned When I Almost Died: How a Maniac TV Producer Put Down His BlackBerry and Started to Live His Life” (Simon & Schuster, 2011).

The event is free and open to the public. For more information, contact Jessica Tarrats at 315-443-1944 or jtarrats@syr.edu.