Professor Micere Mugo Tells Why Mandela Was a Great Man 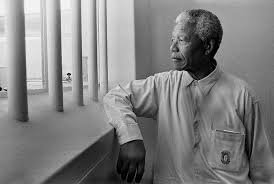 Anti-apartheid icon Nelson Mandela, 95, died yesterday. He became the first black president of South Africa in 1994 after serving 27 years in prison under the repressive apartheid system. Upon his release, he chose to advocate for reconciliation rather than vengeance.

Here we repost a Q&A we ran in July 2013, on the occasion of Mandela’s 95th birthday, with Professor Micere Mugo, poet, playwright and Meredith Professor of Teaching Excellence Professor in the Department of African American Studies.

Q: How did Nelson Mandela become such a symbol of the anti-apartheid movement and other things for so many people?

A: In my view, the watershed that defined Nelson Mandela as a symbol of the anti-apartheid and other struggles against domination, colonialism and imperialism was his “I am prepared to die” opening statement at the defense case in the Rivonia Trial in 1964. Under trial for treason with others (having been arrested in 1962), he had the extraordinary courage to stand up in the Pretoria Supreme Court—the proverbial “belly of the beast,” so to speak—and declare that democracy, freedom and equality were not only goals he was hoping to live for and achieve; but if need be, ideals for which he was prepared to die.

All through his imprisonment on Robben Island for 27 years sentenced under hard labor, 18 of which he spent in confinement, Mandela stuck to his convictions. In sum, his courage; endurance; advocacy for human rights and dignity; clarity of vision and commitment to the project of liberation made him a global symbol of resistance and struggle against all forms of injustice.

Q. What will Mandela’s lasting legacy be?

A: He will be remembered as the freedom fighter who was at the forefront of the struggle that brought down the walls of apartheid, perhaps the most oppressive political system since slavery. More importantly, he will be celebrated as the president-elect who responded to the inhumanity of apartheid by raising the bar of humanism even higher, choosing forgiveness and peace over retaliation and revenge. It is unfortunate that the Truth and Reconciliation Commission never succeeded in either addressing or resolving apartheid economic injustice, thus leaving the majority of South Africans still under impoverishment.

Lastly, Nelson Mandela will forever remain the ultimate example of an African president who had the grace to relinquish power as soon as his term of office was up, smoothly handing over power and sitting back in dignity like the proverbial elder of African orature, who sits on the golden stool of authority. Mandela remains the beloved leader referred to by his people as “Baba Madiba”—a term of endearment.

A: Definitely. One only has to watch, or read the news or listen to discourse on leadership with reference to the African continent and the rest of the world. Without a doubt, Nelson Mandela is an icon in his own class. He will remain a constant point of reference as an example of the finest in humanity and visionary leadership.