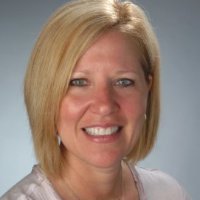 Kelly Lux, director of social media at the School of Information Studies (iSchool), answered some questions about the recent change in Federal Aviation Administration rules regarding the use of electronic devices by airplane passengers. Passengers are now allowed to use such devices throughout a flight, and don’t have to close them down for takeoff and landing. The only restriction remaining is on the making of cell phone calls onboard airplanes, which is still forbidden. Lux is also an adjunct professor at the iSchool, teaching social media and online community management, and co-founder of #CMGR chat on Twitter.

Q. Was the decision by the FAA to allow the use of electronic devices by passengers throughout flights an expected one?

A. It had been a long time coming. People had been pushing for this for years, since there was no evidence of there being a safety reason for the rule in the first place. So I don’t think it was unexpected.

Q. As a person who monitors social media, how was this decision received by the public?

A. The decision was publicly lauded on social media and, as many pointed out, they just made legal what people were doing anyway.

Q. In this age of being connected constantly, do people feel the need to be connected to social media everywhere, even while in flight?

A. Sitting on an airplane for hours is not something most people relish. While you could bring a book, magazine or newspaper to read, people would prefer to read those things on what they’re already carrying with them—their phones and tablets.

Q. Is there a value to the opposite, to having a few places where you can’t be connected and so must use that time for other things?

A. There is definitely a value to being disconnected, but it has to be a personal choice. You are not going to be able to force people to disconnect, as evidenced by how many people were breaking the FAA in-flight rules prior to the change.

Q. Is it just a matter of time until the ban on making and receiving phone calls in flight is lifted?

A. I’m not sure how that works technically, if there are actual safety considerations, but if there aren’t, it’s possible you could see that. However, I don’t think that would be popular with the flying public, because it would be much more obtrusive, and potentially annoying, to other flyers than quietly browsing the Internet.