Q & A: David Van Slyke on Signing up for Affordable Care Act 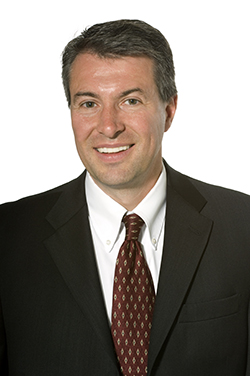 David Van Slyke is the Louis A. Bantle Chair in Business and Government Policy in the Department of Public Administration and International Affairs in the Maxwell School. His latest book, “Complex Contracting: Government Purchasing in the Wake of the U.S. Coast Guard’s Deepwater Program” (with Trevor L. Brown and Matthew Potoski) was published in September by Cambridge University Press. Van Slyke answered some questions about the problems people have had signing up for the Affordable Care Act on the government’s website.

Q.   What are the major issues that are slowing down/preventing people trying to sign up on the Affordable Care Act website?

A.   The website access issues are largely being caused by poor integration of each of its component pieces. In part, this is a result of having 50+ contractors, each working on his or her own piece of this puzzle. The individual pieces largely work as intended. However, when those multiple pieces have to be put together to function as a whole, that’s where the problems begin. With the Centers for Medicare and Medicaid Services (CMS) acting as the integrator, this problem is exacerbated because there was too little time for “system” testing and resolution of issues, and also because the integration of multiple pieces often requires the integrator to develop the “glue,” or framework, to make all the pieces work in concert. In many ways, CMS is like the conductor of an orchestra, but one not well versed in the particular composition being performed.

Q.   What caused the unreadiness of the website, given the long lead time the people involved had to prepare the site?

A.   There are really several things. First, CMS acted in the capacity of systems integrator, a role that it had neither the capacity, experience nor expertise to play. Second, the complexity of the system made this website/exchange development very challenging. Being unclear about some of the regulations, requirements and number of states to participate in a federal exchange was a “secret” that kept key decision makers and contractors in the dark about the systems design. Third, requirements of the system continued to change, causing significant ripples throughout the system that were not easily incorporated into the administrative operation of the website exchange. Fourth, there were no contractual governance mechanisms to coordinate the work of the multiple contractors, who were all playing a role in the creation of the technological infrastructure. Not only was there a lack of information exchange, collaboration and coordination with contractors, but with other agencies, states and the larger insurance and health markets. Those are just a few of the problems that CMS and the developers had to deal with.

Q.   Are the problems with the site causing ordinary people to lose faith in the Affordable Care Act, and in government initiatives overall?

A.    Budget cuts, sequestration, continuing resolutions, a government shutdown, continuous debt ceiling debates and extensions, a lack of grand bargains and other policy debacles in the public press, such as the NSA spying, have all contributed to a continued decline in trust, confidence and satisfaction by American citizens with government. The failed implementation of the ACA’s health care exchange website is only the latest. There are some good reasons why success was not initially achieved in this domain, but the technicalities are not likely to build trust and confidence.

Contracting in the federal government, especially for complex products and services, is not easy. And yet, the government depends extensively on contractors for the production and delivery of goods and services. At the federal level, this is about $550 billion a year. What has not been discussed much are the cost increases and schedule delays that have resulted from the website debacle. From the very beginning, there was an expertise and experience deficit at CMS and Health and Human Services in being able to operationalize the president’s vision for ACA and how to make that a reality.

Q.    Will the website problems be fixed in time for everyone who wants/needs to sign up to be able to?

A.   Yes, I believe the urgency, high profile and significant stakes mean that access remediation through the website will be resolved in the short-term implementation to satisfy those who want to sign up. But lots of fixes in the short term will not provide long-term satisfaction unless there is a significant reflection on how to go in and improve, upgrade and continually monitor the system in the medium term.