Memoirist Strayed to Give Next Carver Reading 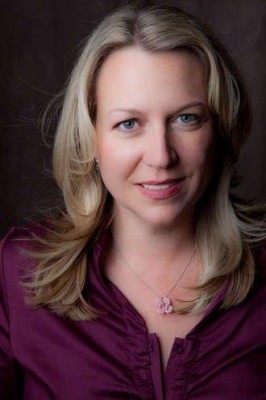 Cheryl Strayed G ’02, author of The New York Times bestselling memoir “Wild: From Lost to Found on the Pacific Crest Trail” (Knopf, 2012), will present the next Raymond Carver Reading Series at 5:30 p.m. Wednesday, Nov. 20, in Gifford Auditorium. A question-and-answer session will precede the reading from 3:45-4:30 p.m. The event is free and open to the public. Parking is available in SU’s paid lots.

Strayed’s memoir describes the author’s summer 1995 solo hiking trip on the Pacific Crest Trail. She traveled 1,100 miles from the Mojave Desert through California and Oregon to Washington State after her mother died, her marriage was ending and she was using drugs. The book is “a candid, inspiring narrative of the author’s brutal physical and psychological journey through a wilderness of despair to a renewed sense of self,” Kirkus Reviews said.

“It’s uplifting, but not in the way of many memoirs, where the uplift makes you feel that you’re committing mental suicide,” said a March 2012 New York Times review. “This book is as loose and sexy and dark as an early Lucinda Williams song. It’s got a punk spirit and makes an earthy and American sound.”

Her portrait of her mother, who died of cancer at 45, “is raw and bitter and reverent all at once,” according to the Times. “Her love was full-throated and all-encompassing and unadorned,” Strayed writes. “Every day she blew through her entire reserve.” When her mother was diagnosed with cancer, “I folded my life down to care for her.”

“Wild” is being adapted into a movie, starring Reese Witherspoon, with a screenplay by Nick Hornby. A recent Times travel story described “the Wild Effect,” how the book has influenced others to travel the Pacific Crest Trail on a journey of self-discovery. “There’s a phrase used among long-distance backpackers, and it’s ‘hike your own hike,’” Strayed said in the story. “Some people are going to be doing 40 miles a day and carrying 8 pounds on their back, and some are going to be carrying 80 pounds and barely making 10 miles a day.”

Strayed is also the author of “Tiny Beautiful Things: Advice on Love and Life from Dear Sugar” (Vintage Books, 2012), and the novel “Torch” (Houghton Mifflin, 2006). Her writing has appeared in The Best American Essays, the New York Times Magazine, the Washington Post Magazine, Vogue, Salon, The Missouri Review and The Sun. Her popular column “Dear Sugar” appeared on the literary website The Rumpus.

In a Times review, Anna Holmes, the founder of the feminist website Jezebel.com, described the writing in “Tiny, Beautiful Things” as courageous and engaging. Her “worldview—her empathy, her nonjudgment, her belief in the fundamental logic of people’s emotions and experiences despite occasional evidence to the contrary—begins to seep into readers’ consciousness in such a way that they can apply her generosity of spirit to their own and, for a few hours at least, become better people.”

On her website, Strayed offers her advice for writers: “Write about the crazy, hard and beautiful,” she says. “Write what scares you. Write what makes you laugh and write what makes you weep. Writing is risk and revelation. There’s no need to show up at the party if you’re only going to stand around with your hands in your pockets and stare at the drapes.”

The Raymond Carver Reading Series is named for the great short story writer and poet who taught at SU in the 1980s and died in 1988, and is presented by the Creative Writing Program in U’s College of Arts and Sciences.