Stephen Dunn Is Next Carver Speaker 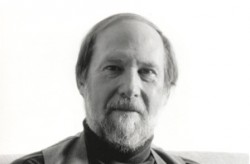 The Pulitzer Prize-winning poet Stephen Dunn G’70 is the next speaker in this semester’s Raymond Carver Reading Series at 5:30 p.m. Wednesday, Nov. 13, in Gifford Auditorium. A question-and-answer session will precede the reading from 3:45-4:30 p.m.

Dunn won the 2001 Pulitzer Prize for Poetry for “Different Hours” (W.W. Norton, 2000). His poetry “is strangely easy to like: philosophical but not arid, lyrical but rarely glib, his storytelling balanced effortlessly between the casual and the vivid,” an August 2001 New York Times review said. “But don’t mistake that ease for lack of staying power.” Although the collection refers to current events—like the millennium and the Oklahoma City bombing—“it also has an out-of-time quality, like a conversation with your smartest friend during a long-distance road trip,” the review continued.

Much of his work focuses on human relationships, “the way our inner and outer worlds intersect like a magician’s linking rings—and the struggle to reconcile knowing how the trick is done with marveling at its mystery,” the reviewer wrote. She cites one poem that addresses the how a man and his ex-wife communicate when one is ill. ”Each of them called it love / because precision didn’t matter anymore,” Dunn wrote. Another poem critiques his friends’ divorce: ”But this is a mockery, a defeat. / My friends were perfect, perfect.”

Recent poetry collections include “Everything Else in the World” (Norton, 2006), “What Goes On: Selected and New Poems 1995-2009” (Norton, 2009) and “Here and Now” (Norton, 2011).  A Poetry Foundation profile says Dunn’s “intelligent, lyrical poems narrate the regular episodes of an everyman speaker’s growth. … His poetry is concerned with the anxieties, fears, joys and problems of how to co-exist in the world with all those who are part of our daily lives.”

In a New York Times interview after winning the Pulitzer, Dunn lamented the lack of interest in poetry. ”I think it is one of the dilemmas of being an American poet, that perhaps even if you are famous, you are more famous for being famous than if people know your poetry,” he said. ”There are these great pockets of interest around the country about poetry, where people truly care about it. But the populace at large does not.” In Europe, he noted, poets are revered, but they could face trouble for writing on some subjects. “I love that freedom that we in America have as writers,” he said. “The other side of it is that no one takes us seriously.”

Fall 2013 Series Schedule
The series will continue with the following authors. All readings begin at 5:30 p.m. in Gifford Auditorium. Question-and-answer sessions are from 3:45-4:30 p.m. Further information is available by calling 315-443-2174.