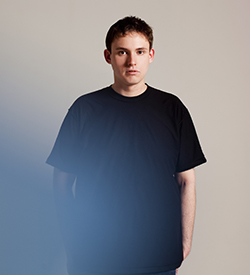 Ross Birchard, known by his stage name, Hudson Mohawke, is scheduled to perform a DJ set on Wednesday, Dec. 4, in Schine Underground. The Bandersnatch Series performance will begin at 8 p.m. and doors will open at 7:30 p.m. Electronic producer and DJ Cashmere Cat will open for the event.

Hudson Mohawke first entered the hotlists in 2009, after signing to Warp Records and releasing his first full length album, “Butter.” Since then, Birchard has been praised for producing a new fusion of hip hop and electronic beats. In 2013, the Scottish artist signed with Kanye West’s label, G.O.O.D Music, after producing tracks on West’s album “Cruel Summer.” More recently, he is credited for producing  the single “Connect” off of Drake’s latest album “Nothing Was The Same.” Hudson Mohawke is also a member of the group TNGHT that is known for their single “Higher Ground.”

Cashmere Cat, the 25 year-old Oslo-based producer, is known for his uploaded edits of “Jeremih” and “2 Chainz.” In 2012, the artist released his first EP, “Mirror Maru,” on Pelican Fly Records. Cashmere Cat’s sound is a blend of seductive R&B, futuristic hip-hop and bass music.

Tickets for Hudson Mohawke are on sale at the Schine Student Center Box Office. Ticket sales are open to all SU and SUNY/ESF students and faculty for $5.