The brothers of the Theta Xi chapter of Phi Beta Sigma Fraternity are hosting the fourth annual comedy show “Laugh Till You Turn Blu” on Nov. 9 at 6:30 p.m. in Goldstein Auditorium in the Schine Student Center. This year’s performers include longtime television/film stars and highly successful stand-up comedians Shawn and Marlon Wayans and former “Saturday Night Live” cast member Finesse Mitchell, with YouTube sensation Spoken Reasons as the host.

The event is open to the community. Tickets are on sale at the Schine Box Office for $10.

The annual comedy show hosted by the Theta Xi chapter serves as a fundraiser that supports the chapter’s dedication to service. In previous years, this event has raised more than $10,000, which was donated to Say Yes to Education. Proceeds were also used to fund the large-scale service projects and benefit events held by the chapter throughout the year. This year, all of the proceeds will support the chapter’s Road to 100 Campaign—a service initiative and series of benefit events to celebrate Phi Beta Sigma Fraternity Inc.’s 100th anniversary and 100 years of service. 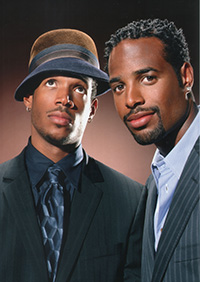 As members of the powerhouse Wayans family of comic entertainers, Shawn and Marlon Wayans are respected comedians, actors, writers and producers. In 1989, both Shawn and Marlon made their acting debut in their brother Keenen Ivory Wayans’ feature film “I’m Gonna Get You Sucka.” Immediately following their feature film debut, they joined the cast of the Emmy Award-winning comedy series, “In Living Color.”

More recently Shawn and Marlon starred in the box office hit “Little Man and White Chicks,” which they also co-wrote and produced. The brothers began co-writing a string of blockbusters with the smash “Scary Movie,” in which they also starred along side each other, and were directed by their brother Keenen. 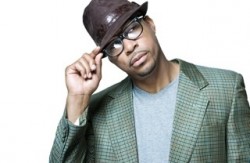 Mitchell is a versatile actor and comedian. He plays China Ann McClain’s cop father on the hit Disney show “A.N.T Farm,” which is now in its third season. Mitchell also currently appears on Showtime on the latest “Shaq All-Star Comedy Jam” special. His book “Your Girlfriends Only Know So Much: A Brother’s Take on Dating and Mating for Sistas” (2007), is an advice book for women. It was born out of his hip, hilarious and widely popular monthly advice column for Essence magazine. Mitchell is currently penning his highly anticipated second book, which is geared toward children.

Mitchell also had memorable performances in a number of shows, including NBC’s “Today” show, TBS’ “Who Gets The Last Laugh,” the FOX dating show “The Choice,” VH-1’s hit show “Single Ladies,” B.E.T’s “Comic View” and Tyler Perry’s “Meet The Browns.” 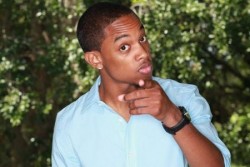 Spoken Reasons is best known for his comedic skits, hilarious monologues and spoken word. He has performed at the celebrity-studded Shaquille O’Neal’s All-Star Comedy Jam in Atlanta, as well as at many schools and universities across the country. Spoken Reasons has worked with Grammy Award-winner 50-Cent, So-So Def Artist Dondria, artist and songwriter Pricilla Renea and more. Additonally, he starred in the movie “The Heat” with Melissa McCarthy and Oscar winner Sandra Bullock.