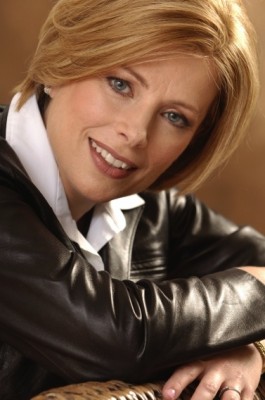 Distinguished conductor Sandra Snow, professor of choral conducting and music education at Michigan State University (MSU), will be the guest conductor for Syracuse University’s 11th Annual Invitational Women’s Choir Festival and concert on Saturday, Nov. 9. The theme of the festival will be “Toward Light and Love.”

Approximately 200 high school and collegiate women singers from New York State will join forces to present a concert on Nov. 9 at 4 p.m. in the Rose and Jules R. Setnor Auditorium, Crouse College. The concert is free and open to the public. Free and accessible parking is available in the Q-1 lot; additional parking is available in the Irving Garage. Campus parking availability is subject to change; call 315-443-2191 for current information.

The festival is hosted by the SU Women’s Choir and under the artistic direction of Barbara M. Tagg, faculty member in the Rose, Jules R. and Stanford S. Setnor School of Music in the College of Visual and Performing Arts. Participating choirs will include the Eastman School of Music/University of Rochester Women’s Chorus with Philip E. Silvey, director; the Williamsville North High School Choraleers with Marnie R. Salvatore, director; and the Westhill High School Women’s Ensemble with Joseph R. Buchmann, director.

Under the direction of Snow, the combined choirs will sing “Moon Goddess” by Jocelyn Hagen, “Watching the Moon at Midnight” and “I Cannot Dance, O Lord” by Stephen Paulus and “I See the Heaven’s Glories Shine” by Andrea Ramsey.

Performances by the individual choirs will include “Beati in domo Domini” by James G. Kantor, “I Shall Keep Singing” by Silvey, “Heart We Will Forget Him” by James Mulholland and “Ad Amore” by Lee Kesselman.

As conductor, teacher and scholar, Snow’s work spans a wide variety of ages, abilities and musics. At the MSU College of Music, she interacts with undergraduate and graduate students in the areas of conducting, choral pedagogy and choral singing. She is a past recipient of the MSU Teacher-Scholar Award.

Snow conducts the MSU Women’s Chamber Ensemble, a group that has performed at conferences of the American Choral Directors Association (national conference 2009; central division 2013, 2008). She was a 2013 principal guest conductor and visiting scholar with the Festival 500 International Choral Festival in Newfoundland, Canada, and holds a principal residency with the Pacific International Children’s Choir Festival. She conducts honor choirs and all-state choirs across North America. Upcoming guest conducting appearances include the Iowa, Kentucky, Virginia and New York All-State Mixed Choirs and the Crescent City Children’s Choir Festival. She conducts the MCP National Women’s Choir Festival at Lincoln Center in April.

Snow is a founding board member of the Association for Choral Music Education and a faculty member for the Choral Music Experience Institute. She edits “In High Voice” for Boosey & Hawkes and has various publications through GIA music, including the DVD resource “Conducting/Teaching: Real World Strategies for Success.” Prior to joining the MSU faculty, Snow served on the faculties of the University of Michigan and Northern Illinois University and as music director of the Glen Ellyn Children’s Chorus (Anima).

For more information about the festival and concert, contact Tagg at 315-443-5750 or btagg@syr.edu.