The event is part of Syracuse University’s Syracuse Symposium 2013 on the theme of “Listening.” Admission is $15 per person; $12 for seniors; $5 for youth 18 and younger; or $30 per family. Admission is free for SU students and faculty with valid I.D. Tickets are available at the door and at tickets@societyfornewmusic.org. 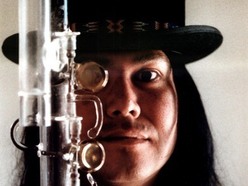 Davids’ “The Purchase of Manhattan” is a concert opera that retells the story of the purchase of the land that is now New York for $24 worth of beads. It features Davids on Native American quartz flute, along with a chamber orchestra, soloists, vocal ensemble and American Indian singers. The work will be conducted by Grammy-nominated conductor Sara Jobin.

“Purchase of Manhattan” was commissioned by the Lenape Center of Manhattan. Davids, an enrolled member of the Stockbridge-Munsee Band of the Mohican Nation, blends operatic and American Indian singing styles as he reconsiders the story of how the Lenape-inhabited land became New Netherland, then New Amsterdam, then New York. Classical music critic Bill Parker describes Davids’ combination of musical forms as “never glib or facile, but rich in resonance.”

Davids has won numerous awards for his work, and he has been commissioned by the Kronos Quartet (“The Singing Woods”), The Joffrey Ballet (“Moon of the Falling Leaves”) and the National Symphony Orchestra (“Canyon Surprise”). In 2006, the National Endowment for the Arts named Davids one of the nation’s most celebrated choral composers. He was profiled in the NEA’s “American Masterpieces: Three Generations of Artistic Genius” with such greats as Leonard Bernstein and Aaron Copland. He operates the Blue Butterfly Group and is founding artistic adviser of the First Nations Composer Initiative with the American Composers Forum. 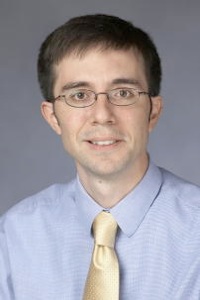 In “Whistling Vessels,” Grossmann incorporates samples of indigenous Peruvian singing vessels that existed in pre-Colombian cultures since before 60 BCE. He is on the Ithaca College faculty. His work has been performed by ensembles including the National Symphony of the Ukraine, Peruvian National Symphony, New England Philharmonic and Kiev Camerata.

“Whistling Vessels” was commissioned by the Society for New Music and completed in 2013 while Grossmann was in residence at the MacDowell Colony in Peterborough, New Hampshire. The 14-minute work is composed of six sections played without pause. It features instrumental duos, namely woodwinds, strings, piano/percussion, along with shamanic whistling vessels and electronic sound.

The new works weave the Native American composers’ heritages into new classical music, as a context for hearing our ancestors through a new prism, says Neva Pilgrim, program advisor for the Society for New Music. “The composers were listening to their traditional pasts, and out of that came new sounds and forms,” she says. “These are wonderful and distinctive pieces.”

The world premiere event is co-sponsored by SU Arts Engage and La Liga, a Syracuse community group also known as the Spanish Action League. Syracuse Symposium is organized and presented by the SU Humanities Center for SU’s College of Arts and Sciences and the entire Syracuse community. Launched in 2001, Syracuse Symposium has become a fall tradition at SU, drawing thousands of people to free lectures, panel discussions, performances and exhibitions built on annual themes. For more information, call the SU Humanities Center at 315-443-5708 or visit http://syracusehumanities.org.