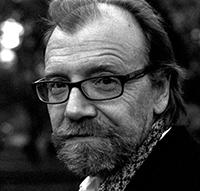 “What’s really exciting,” says Saunders, “is that Syracuse has, this semester, four National Book Award finalists teaching our students.” He is including himself, Kushner, Dana Spiotta (who was nominated in 2006 for her novel “Eat the Document,” and poet Bruce Smith (nominated in 2000 for his book “The Other Lover”) and 2011 (for “Devotions”).

“It was a great surprise, and honor, to be included with such a list of heavyweight writers,” says Kushner. “I want to add a special gratitude to my co-nominee George Saunders for bringing me to teach a Proust seminar in the M.F.A. program at Syracuse.” 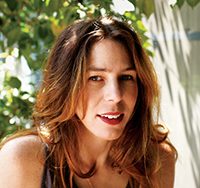 Saunders is the author of the short story collections “CivilWarLand in Bad Decline,” “Pastoralia” and “In Persuasion Nation.” “CivilWarLand in Bad Decline” was a finalist for the PEN/Hemingway Award. “In Persuasion Nation” was a finalist for the 2006 STORY Prize for best short story collection of the year. Saunders is also the author of the novella-length illustrated fable, “The Brief and Frightening Reign of Phil;” “The Very Persistent Gappers of Frip,” illustrated by Lane Smith, which has won major children’s literature prizes in Italy and the Netherlands; and a book of essays, “The Braindead Megaphone.”

Kushner’s debut novel “Telex from Cuba,” was a finalist for the 2008 National Book Award and the Dayton Literary Peace Prize, winner of the California Book Award and a New York Times bestseller and Notable Book. Her fiction and essays have appeared in The New York Times, The Paris Review, The Believer, Artforum, Bookforum, Fence, Bomb and Grand Street. She is a 2013 Guggenheim Fellow.