The poet David Baker is the next speaker in this semester’s Raymond Carver Reading Series at 5:30 p.m. Wednesday, Oct. 16, in Gifford Auditorium. A question-and-answer session will precede the reading from 3:45-4:30 p.m. The event is free and open to the public. Parking is available in SU’s paid lots. 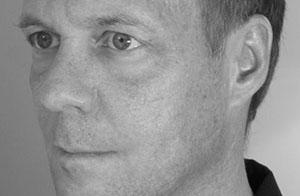 His most recent collection of poetry, “Never-Ending Birds” (Norton, 2009), won the Theodore Roethke Memorial Poetry Prize, named for the late poet who won the 1953 Pulitzer Prize for the poem “The Waking.” One of the judges, the award-winning poet Rosanna Warren, noted the sensory nature of Baker’s writing. “He understands the human story as part of a larger story of life on earth, but he never forces the analogy,” she said. “His rhythms are as alive to the roll and tang of syllables on the tongue as they are to the recurrences and interruptions of the circulation of blood and sap. His poems respond deeply to life, and enlarge our imaginative responses to it.”

Baker’s work invites readers to “lean down and listen,” Kirkus Reviews wrote about “The Truth about Small Towns.” “And when we do, we hear the steady rhythms and strong cadences of a poet who measures his praise of the natural world and his celebration of love with the darkness that threatens both, all within the setting of small, rural towns.”

He teaches English and creative writing at Denison College in Ohio and is the poetry editor of Kenyon Review. His poems and essays have appeared in publications such as The Atlantic, The New Yorker, Paris Review and Slate.

“I write in fits and starts,” he said in an online video profile for Dennison. “Sometimes I’ll write for days without stopping. Then months or weeks will go by when I don’t really write.” Since publishing his first poem at about 20, his writing has become “less linear, more associative,” he said. “I know I’ve gotten more engaged with text and stories and narratives beyond the moment or this day or this place.”

To be a poet, “You have to be two things at once: extremely arrogant, enough to think you’re going to sit down and say something of value to the world and extremely humble and embarrassed by that very thing so that you realize that as you write you’re not writing to yourself, you’re not writing your own story,” he said. “In fact, as you write a poem, it’s more and more about relinquishing yourself to this other thing.”

Fall 2013 Series Schedule
Following are the remaining speakers in this semester’s series. All readings begin at 5:30 p.m. in Gifford Auditorium. Question-and-answer sessions are from 3:45 to 4:30 p.m. Further information is available by calling 315-443-2174.