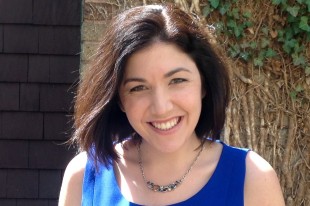 Imagining America: Artists and Scholars in Public Life (IA) has appointed Jamie Haft as assistant director. Haft will be organizing campus leadership teams within IA’s consortium of more than 100 colleges and universities and directing story-based campaigns in multiple media, as well as working closely with the National Advisory Board and Presidents’ Council to help transform higher education in ways that democratize and strengthen America’s civic culture.

“Jamie is a brilliant strategist and talented organizer,” note IA co-directors Tim Eatman and Scott Peters. “We are delighted to recognize her talents and contributions with this appointment.”

Serving as communications manager from 2011-2013, Haft directed IA’s marketing, social media and media relations, bringing IA national visibility. Examples include her article about IA featured in a national collection of trend papers about art and social change, and a documentary web series, The New Activists: Students in the Community, which she conceptualized and produced featuring undergraduate and graduate students collaborating with community members to solve community-identified problems.

Haft served as IA’s program coordinator from 2008-2011, and received an M.S. in public relations from the S.I. Newhouse School of Public Communications in 2012. She earned a B.F.A. in theater for social change from New York University’s Tisch School of the Arts in 2007.