An Order of the British Empire (OBE) honor from the United Kingdom will be bestowed upon Judy O’Rourke, director of undergraduate studies, in recognition of her work over the past 25 years to develop and strengthen the bonds between Lockerbie, Scotland, and Syracuse. 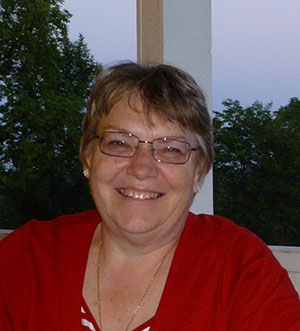 O’Rourke is the Syracuse facilitator of the Lockerbie Scholarships, which allow two students from Lockerbie to come to Syracuse annually for one year of study. Nearly 50 young men and women from Lockerbie have come to SU since the program’s inception in 1990.

“In everything she has done, Judy has gone far beyond what her job would require in providing support to the students who have gone from Lockerbie Academy to Syracuse University,” Dumfriesshire MP David Mundell told the Scottish press. “It is therefore fitting that she is honored for her outstanding and long-lasting friendship with Lockerbie and huge personal contribution she has made to U.S. and U.K. relations in the most difficult of circumstances.”

“The Lockerbie Scholarship is something that is truly a life-changing experience, and Judy O’Rourke has helped provide that experience to close to 50 students now,” says Fergus Barrie, a 2011-12 Lockerbie Scholar who is now a junior in sport management in the David B. Falk College of Sport and Human Dynamics. “In August 2011, Judy greeted me at the airport with open arms and welcomed me into her home. Ever since then she has been there to help me throughout my time here. Now, two years after being a Lockerbie Scholar, she still shows the same amount of support that she did during my first weeks on campus. I know that this level of support and passion has been present ever since the first scholar came to Syracuse.

“Judy’s efforts throughout the past 25 years have been nothing short of phenomenal and she is a great example of the extremely strong bonds that Lockerbie now shares with Syracuse,” Barrie says.

O’Rourke also oversees SU’s Remembrance Scholarships, awarded to 35 SU students annually, and is the liaison between the University and the families of the student victims of the tragedy. She is a member of the board of directors of the Victims of Pan Am Flight 103 and a past recipient of the group’s “Keeping the Spirit Alive” Award.

She is expected to receive the honor at an official ceremony in the United States later this year.