Sen. Gillibrand to Speak at Maxwell on Workplace Proposals 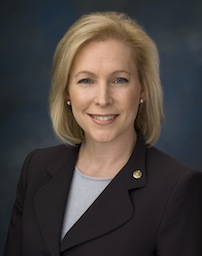 Gillibrand was first sworn in as U.S. senator from New York in January 2009.  Prior to her service in the Senate, she served in the U.S. House of Representatives, representing 10 counties in upstate New York’s 20th congressional district.  She serves on the Senate agriculture, armed services and aging committees.

The lecture is free and open to the public; parking is available in Irving Garage.  The talk will be streamed live at http://www.ustream.tv/channel/maxwellsu.