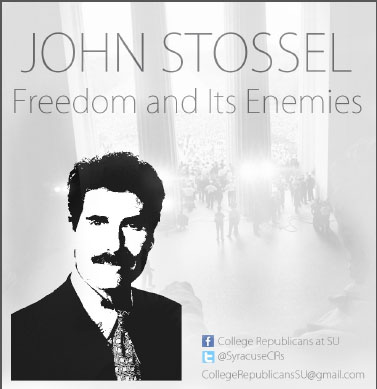 John Stossel will speak Monday, Oct. 14, at 7:30 p.m. in Grant Auditorium on “Freedom and Its Enemies. His lecture is sponsored by the College Republicans at Syracuse University.