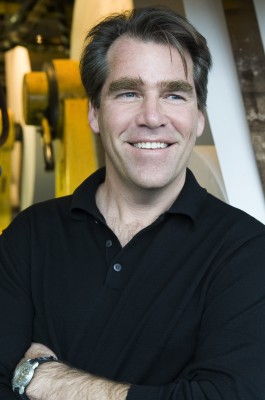 Charles M. Sennott, vice president, editor-at-large and co-founder of GlobalPost, will speak at the Newhouse School on Wednesday, Oct. 16, at 7 p.m. in the Joyce Hergenhan Auditorium in Newhouse 3. His topic will be “Egypt’s Unfinished Revolution: Democracy and Islam in the aftermath of the Arab Spring.”

Sennott is an award-winning journalist and author with a distinguished career in international reporting for both print and broadcast news organizations. An experienced bureau chief and foreign correspondent, he has been on the front lines of wars and insurgencies in 15 countries, from Colombia to Iraq.

Sennott has been a frequent analyst of the Middle East and religious extremism for the BBC, CNN, the PBS NewsHour and NPR. In February 2011, he reported on the revolution in Cairo for PBS Frontline and returned for the series in 2013 as correspondent for the documentary “Egypt in Crisis.”

He received an honorary degree from Providence College for his reporting on religion amid conflict.

For more information about his talk, contact Heather Speach at 315-443-3627 or hspeach@syr.edu.