A leading opera educator, a renowned brass ensemble and an international opera star will hold residencies at SU during the 2013-14 academic year as part of the Baker Artist Series in the Rose, Jules R. and Stanford S. Setnor School of Music in SU’s College of Visual and Performing Arts. The residencies include master classes and performances that are free and open to the public.

Founded in 2013 with a grant from the Dexter F. & Dorothy H. Baker Foundation, the Baker Artists Program allows the Setnor School to offer a more robust on-campus residency program and provides support for music majors to take master classes and attend workshops and performances in major music cities. 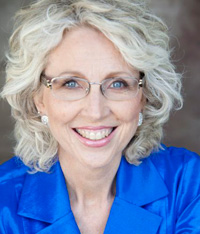 Ann Baltz, founder and artistic director of the nationally acclaimed performance training program OperaWorks, will be in residence Oct. 2-3. In addition to conducting workshops for Setnor student vocalists, she will conduct a master class performance with Setnor students and guest artists from Syracuse Opera on Thursday, Oct. 3, at 8 p.m. in the Rose and Jules R. Setnor Auditorium, Crouse College. The performance is free and open to the public.

A master teacher of performance skills and operatic improvisation for opera companies, conservatories and universities, Baltz has been heralded as one of the leading opera educators in America today. She is a frequent speaker at national conventions, including National Association of Teachers of Singing, National Opera Association and Classical Singer. She is currently on the steering committee for OPERA America’s Singer Training Forum in New York City and is a frequent panelist for OPERA America’s national seminars “Building a Career: Strategies for Success.” 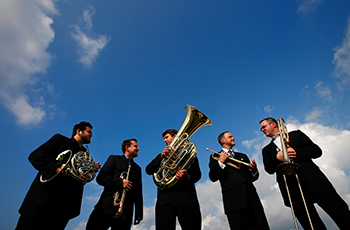 From Oct. 31-Nov. 2, Boston Brass will be in residence at the Setnor School. The ensemble will give a master class on Thursday, Oct. 31, at 5 p.m. in Setnor Auditorium. The master class is free and open to the public. Boston Brass will also perform with the SU Marching Band during the Nov. 2 SU football game versus Wake Forest in the Carrier Dome.

For 26 years, Boston Brass has set out to establish a one-of-a-kind musical experience. From exciting classical arrangements to burning jazz standards and the best of the original brass quintet repertoire, Boston Brass treats audiences to a unique brand of entertainment, which captivates all ages. The ensemble’s lively repartee, touched with humor and personality, attempts to bridge the ocean of classical formality to delight audiences in an evening of great music and boisterous fun. The philosophy of Boston Brass is to provide audiences with a wide selection of musical styles in unique arrangements, provided in a friendly and fun atmosphere. 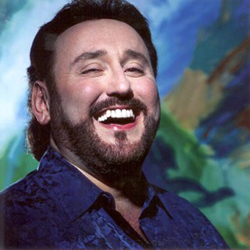 Renowned tenor Jon Fredric West will hold the final Baker Artist residency of the 2013-14 academic year from March 30-April 10. He will give a performance on Sunday, March 30, at 2 p.m. in Setnor Auditorium, which is free and open to the public.

Hailed as “perfectly cast and most vocally convincing Siegfried ever heard in an opera house,” West has established himself as the world’s foremost interpreter of the title role in Wagner’s “Siegfried” and Siegfried in “Götterdämmerung.” He recently sang the roles as part of the complete Ring Cycle at the Metropolitan Opera in New York City under the baton of James Levine. He has further distinguished himself in the title role of Tristan in Wagner’s “Tristan und Isolde.” He was chosen by Lorin Maazel and August Everding to sing the role for the re-opening of the Prinzregententheater in Munich, Germany, the first American to receive this honor. He has performed extensively in concert and recital with leading orchestras and conductors.

Free and accessible parking for Setnor Auditorium concerts is available in the Q1 lot. Additional parking is available in the Irving Garage. Campus parking availability is subject to change; call the Setnor School at 315-443-2191 for current information or for more information about the Baker Artist Series. Learn more at http://vpa.syr.edu.