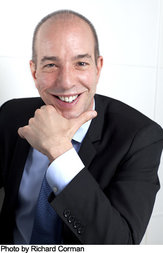 As part of Latino/Hispanic Heritage Month, the executive director of the American Civil Liberties Union will be speaking Wednesday, Sept. 25, at 6 p.m. at Watson Hall.

Anthony D. Romero is the sixth executive director in the history of the ACLU, and the first Latino to serve in this capacity. He took the helm a week before the terrorist attacks of Sept. 11, 2001. Since taking office, Romero has led the ACLU’s Keep America Safe and Free campaign, aimed at protecting basic freedoms during a time of crisis. Romero has also presided over the most successful membership growth in the ACLU’s history. Romero was named among Time Magazine’s 25 most influential Hispanics in America in 2005.

The event is free and open to the public.