‘Are Psychopaths Morally Responsible?’ Is Topic of Anbar Lecture 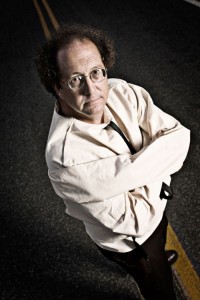 Walter Sinnott-Armstrong, Duke University ethicist, will deliver the sixth annual Anbar Family Lecture at Syracuse University and Temple Adath Yeshurun. His SU lecture, titled “Are Psychopaths Morally Responsible?” is Monday, Sept. 30, at 4 p.m. in the Killian Room (Room 500) at the Hall of Languages.

The previous day, Sunday, Sept. 29, at 7 p.m., he will lecture on “Does Neuroscience Undermine Moral Responsibility?” at Temple Adath Yeshurun, 450 Kimber Road, Syracuse. Both events are free and open to the public, and are presented in conjunction with SU’s Department of Philosophy and College of Arts and Sciences.

Events are made possible by the Doctors Ada and Michael Anbar Lecture Series Fund, which aims to expose the campus community to the 3,000-year-old traditions of Jewish ethics.

Sinnott-Armstrong is Chauncey Stillman Professor of Practical Ethics in the Department of Philosophy and the Kenan Institute for Ethics at Duke University. He teaches in the Duke Institute for Brain Sciences, the Duke Center for Cognitive Neuroscience and the Duke Center for Interdisciplinary Decision Sciences. His work focuses on moral psychology and brain science as well as uses of neuroscience in legal systems. He is also part of an interdisciplinary team of Duke researchers looking at data linking DNA to psychiatric, cognitive and criminal information in an attempt to better define what physiological factors contribute to the ability for empathy.

In his Sunday lecture, Sinnott-Armstrong will discuss how neuroscience challenges a person’s responsibility in particular cases, but not in all human action. His Monday lecture will focus on the limits of human nature and morality and discuss recent research that suggests new ways to interact with and treat psychopaths.

A Publishers Weekly review of “Morality Without God” said Sinnott-Armstrong “establishes a moral framework rooted in avoiding harm—opposed to a theistic morality whereby questions of right and wrong are decided by God’s divine command, a moral account he derides for its inability to provide an independent moral standard.” The review praises “his call for sincere dialogue with theists” and said he “provides a welcome relief from the apoplectic excesses of Richard Dawkins and Christopher Hitchens.”

In a Kenan Institute for Ethics series on ethics called “Good Question,” Sinnott-Armstrong answers a question from a real incident: “If a brain tumor leads a father to molest his daughter, can he be held morally or legally responsible for his actions?” In concluding that the man was not fully responsible for his behavior, Sinnott-Armstrong notes that all desires and actions are driven by brain processes. “In the end,” he said, “the issue of responsibility is both scientific and moral.”

In fall 2012, a free, not-for-credit, online course taught by Sinnott-Armstrong and Ram Neta, a UNC-Chapel Hill philosophy professor, drew more than 18,000 students worldwide. In the course, “Think Again: How to Reason and Argue,” Sinnott-Armstrong said the goal of an argument is not necessarily to win, but to encourage cooperation and consensus between two opposing points of view. He offers five strategies to avoid in making an argument.