A Human Right to Adequate Food 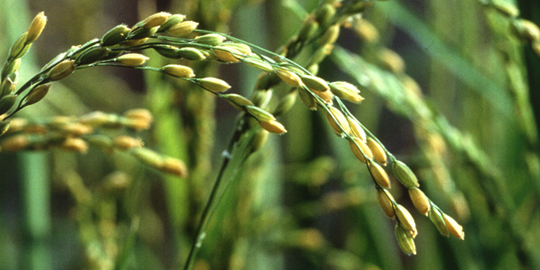 As the House of Representatives decided this week to cuts billions of dollars from the federal food stamp program over the next decade, the Venerable Bhikkhu Bodhi wants people to consider a different set of numbers.

“Fifty million Americans live in households that can’t afford adequate food; of these are 17 million children [according to the International Human Rights Clinic at New York University School of Law],” Bhikkhu Bodhi told a seminar group earlier this week at Syracuse University’s Humanities Center. “In these families, many are forced to make hard choices, whether they are going to buy adequate food, or pay their electric or heating bill or medical costs.”

A weak economy and unemployment or underemployment from a corporate model that emphasizes maximizing profit and minimizing expenditures, including sending jobs overseas, has contributed to food insecurity, he said. The result has been that the United States has the highest rates of poverty and the largest margin of income inequality among economically advanced countries.

One approach being advocated to fix the basic inequality in food access is to make it a human right, a shift from food aid as charity. “When you have the right to food, that means it is the duty of the government to ensure that all people have access to safe and nutritious food,” Bhikkhu Bodhi said.

“At a more fundamental level, one must address the root causes of poverty, and that means in my view we have to make drastic changes in the economic political system that allows for such glaring disparities in wealth, which causes so many people to be plunged in chronic unemployment, low-wage employment and poverty,” he said.

Bhikkhu Bodhi, one of the United States’ most renowned Buddhist monks, spoke at the seminar and at a Syracuse Symposium event “Engaged Buddhism: Listening and Responding to World Hunger” in Hendricks Chapel to discuss world hunger and the need to act with compassion. He is founder of Buddhist Global Relief (BGR), an interdenominational organization that promotes food productivity at the grass-roots level.

Professor Anne Bellows, of the Falk College of Sport and Human Dynamics, was intrigued to hear Bhikkhu Bodhi after reading an article on the BGR website about the idea of food access as a basic human right. Bellows teaches about the topic in her “Right to Food and Nutrition” course, which focuses on food security and the tenets of the United Nations’ International Covenant on Economic, Social and Cultural Rights, including right to adequate food. 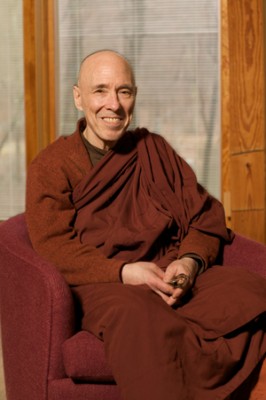 BGR uses those basic tenets of international agreement in its vision. “They use that international tool to shape and frame their action,” Bellows says. “That process is part of what is necessary to move from an aspiration of human rights—what is a good ethical idea—to how you implement something and make it mandatory.”

Bellows was also inspired by a comment by SU Buddhist Chaplain Bonnie Shoultz, who compared the concept of the right to food to that of the rights of those with a disability, and other movements, including the women’s and civil rights movements.

“They turned around this idea of it being a hidden injustice to a human rights violation,” Bellows says. “When you have that, then you can build an administrative, judicial policy structure to deliver something beyond goodwill and charity.”

These values can be a guide to others in social movements and humanitarian action, Shoultz says. “Facts about hunger can make feel you feel depressed, angry and hopeless, but when you focus on these values and our own self-realization, that counters the tendency to those feelings,” Shoultz said.

Bhikkhu Bodhi recognized how people may reach a state of “spiritual numbness,” a sort of detachment from others’ suffering, when confronted with the seemingly insurmountable statistics about world hunger. About 900 million people around the world suffer from hunger.

“One of the methods I found useful is being able to share the subjectivity of others … do unto others as they would have them do unto you,” he said. “When we develop the capacity to understand subjectivity of others, we recognize that they are subject to experiences just like ourselves—who want to live and not to die, who want to be well and happy, not to be subject to pain and affliction.”

The next step for change is “to put our compassion motivation into action” and then consider how to transform the systems so that poverty and global hunger can be ameliorated, Bhikkhu Bodhi said.

“Even if only one person is affected positively by what one does, that’s a great benefit,” Shoultz says.  “And it’s in the act itself—the act of giving, the act of serving, the act of becoming more aware—that there is great value. Even if there isn’t any tangible direct outcome, that’s not the point; the point is the doing.”