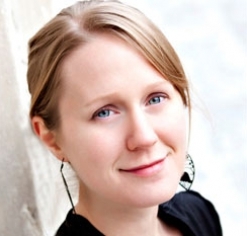 Carol Jantsch, principal tuba of the Philadelphia Orchestra and one of the pre-eminent brass players in the professional orchestra world today, will perform with the Syracuse University Wind Ensemble on Tuesday, Sept. 17, at 8 p.m. in the Rose and Jules R. Setnor Auditorium, Crouse College.

The concert, which is free and open to the public, will feature the wind ensemble transcription of the Concerto for Bass Tuba by Ralph Vaughan Williams, Vassily Brandt’s Konzertstück Nr. 2 and Jean-Baptiste Arban’s Variations on “The Carnival of Venice.”

Jantsch is rehearsing, recording and performing with the SU Wind Ensemble and Bradley Ethington, conductor, as part of a residency in the Rose, Jules R. and Stanford S. Setnor School of Music in SU’s College of Visual and Performing Arts.

Praised by the Philadelphia Inquirer as having “a sound as clear and sure as it [is] luxurious,” Jantsch has been principal tuba of the Philadelphia Orchestra since 2006. She won the position while still a senior at the University of Michigan, becoming the first female tuba player in a major symphony orchestra. She has appeared as a soloist with the Columbus Symphony Orchestra, St. Petersburg Symphony Orchestra, Henry Mancini Institute Orchestra and the United States Marine Band, among others. Learn more at http://www.caroljantsch.com.