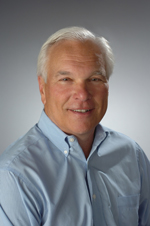 Syracuse University College of Law’s Technology Commercialization Law Program (TCLP) has named Jack Rudnick L’73 as director of the program. Rudnick succeeds Ted Hagelin, who served as founding director of the program until his death in May 2013. Rudnick has served as an adjunct professor since 2011, instructing and mentoring law students during their work on proprietary research reports.

“The current goal of the program is to expand its enrollment and its reach,” Rudnick explains. “We want to spread ourselves out and touch as many opportunities as we can and offer our services, skills and multi-disciplined analysis to all who seek it. It gives the students broader exposure and gives the clients a better assessment of commercialization potential and how to accomplish it.”

The program has been designated the New York State Science & Technology Law Center (NYS STLC) by the state in recognition of its efforts to facilitate the development of new technology companies and new high-paying jobs in New York.

“Jack’s leadership, commitment and understanding of the marketplace makes him a strong director as we work to reimagine this critical program,” says College of Law Dean Hannah Arterian.

A graduate of the College of Law, Rudnick has a long history in law and technology commercialization. Since 2012, he has been of counsel with Hiscock & Barclay LLP in Syracuse as part of the Emerging Technology Team, providing business and legal consultation to companies with technology-based goods and services. Prior to his new appointment as director of the TCLP, he worked as senior vice president for Blue Highway, Inc., a former subsidiary of medical device manufacturer Welch Allyn, where Rudnick previously served as vice president and general counsel.