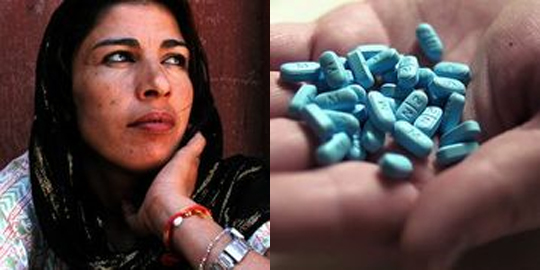 Now in its 11th year, the festival is part of Syracuse Symposium 2013: Listening, and is presented by the SU Humanities Center and the S.I. Newhouse School of Public Communications.

The films will be screened at the Joyce Hergenhan Auditorium in Newhouse 3 and at the Life Sciences Complex Auditorium. All screenings are free and open to the public. American Sign Language (ASL) interpretation will be available during all of the screenings.

Public parking will be available for $5 on Thursday, Sept. 26, in the University Avenue Garage (Harrison Street between Walnut Place and University Avenue); and for free on Friday evening, Sept. 27, and all day Saturday, Sept. 28, in the  Q4 parking lot (College Place).

Tula Goenka, associate professor of television-radio-film in the Newhouse School and co-director of the festival, comments, “At a time of intense international debate over the continuing atrocities in Syria and other places around the world, human rights media remain a critical source for discussion of how we can realize our most fundamental values of equality for all, respect for difference and protection from violence.”

Sieh visited Syracuse in 2002-03 and wrote for The Post-Standard, and he has maintained direct connections with the Newhouse School and Syracuse University since then. His newspaper, FrontPage Africa, was shut down for its controversial news coverage, and he was imprisoned on Aug. 23 for being unable to pay the $1.5 million damages for libeling a government minister.

Greyson, whose film “Rex vs. Singh” was shown in the 2010 festival, was arrested in Cairo on Aug. 16 with Canadian doctor Tarek Loubani on their way to Gaza, where Loubani was pursuing humanitarian work.

The festival joins the international campaigns to free these respected human rights activists. More information campaign can be found on their websites: http://freerodney.org and http://tarekandjohn.com.

The festival opens on Thursday, Sept. 26, at 7 p.m. in the Joyce Hergenhan Auditorium at Newhouse 3 with a screening of “Rafea: Solar Mama,” directed by Mona Eldaief and Jehane Noujaim (“The Control Room” and “Startup.com”). The film follows the empowering journey of Rafea, a Bedouin mother of four, as she travels from one of Jordan’s poorest desert villages to the Barefoot College in rural India, where illiterate women from around the world are trained in six months to become solar engineers.

“This inspiring documentary offers a refreshing perspective on empowering women in the global South,” notes Hallas, “for the film breaks with our media’s conventional narrative of the global North being the one to bring ideas and capital to rescue the global South. ‘Rafea’ affirms the reality of women’s empowerment and solidarity across the developing world.” Co-director Eldaief will be present to introduce and discuss the film.

On Saturday, Sept. 28, at 1 p.m., the festival presents the Central New York premiere of “The Act of Killing,” Joshua Oppenheimer’s critically lauded documentary that uncovers the surreal culture of impunity in Indonesia, where veterans of the country’s 1960s death squads are celebrated on TV chat shows.

When Oppenheimer tried to find surviving victims, most were unwilling to speak for fear of retaliation. He thus turned the tables and asked the unrepentant perpetrators to re-enact their atrocities in their own style, which turned out to be Hollywood gangster films. A rough cut of the film so impressed acclaimed directors Werner Herzog and Errol Morris that they agreed to serve as executive producers. Herzog commented, “I have not seen a film as powerful, surreal and frightening in at least a decade … unprecedented in the history of cinema.”

The screening will be introduced by Professor Thomas Pepinsky of Cornell University and will be followed by a Skype question-and-answer session with Oppenheimer.

Major co-sponsors of the festival are the David B. Falk College of Sport and Human Dynamics, the Disability Cultural Center, the Office of Disability Services, the Department of History, Syracuse University Libraries, the South Asia Center at the Daniel Patrick Moynihan Institute for Global Affairs and SASSE: Students Advocating Sexual Safety and Empowerment.

A strong-minded Bedouin woman struggles against tradition and social norms as she seeks to become Jordan’s first solar engineer and to empower the women in her village.

Co-director Mona Eldaief will introduce the film and participate in a question-and-answer session following the screening. A reception will follow.

From human guinea pigs testing drugs to veterans battling for PTSD treatment, “Off Label” examines the medicated margins of American society through the moving stories of eight lives haunted by the commercialization of medicine. Co-director Michael Palmieri will introduce the film and participate in a question-and-answer session following the screening.

“The Act of Killing”

A chilling and inventive expose of Indonesia’s culture of impunity,where former death squad leaders are heralded as national heroes as they re-enact their atrocities in the style of the Hollywood movies they love. The film will be introduced by Professor Thomas Pepinsky of Cornell University. A Skype question-and-answer session with the director, Joshua Oppenheimer, will follow.

The screening is co-sponsored by the departments of Anthropology and Communication and Rhetorical Studies.

Mani Bruce Mitchell, New Zealand’s first ‘out’ intersex person, takes us around the world to meet members of the growing intersex community who have fought for the right to bodily self-determination beyond the gender binary. A Skype question-and answer session with Mitchell and director Grant Lahood will follow.

The screening is co-sponsored by the LGBT Studies Program, the LGBT Resource Center and the Center for Bioethics and Humanities at SUNY Upstate Medical University.

Based on the life of Shahid Azmi, Mehta’s feature charts Azmi’s remarkable journey from religious radicalization as an impoverished Muslim youth through false imprisonment to becoming one of India’s most important human rights lawyers. A Skype question-and-answer session with Mehta will follow.

The screening is co-sponsored by the College of Law.