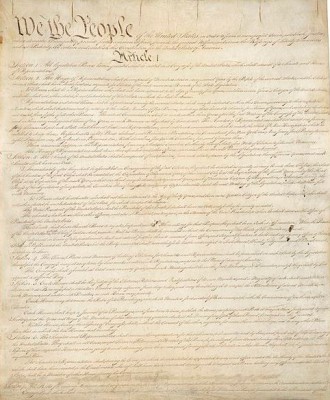 In honor of National Constitution Day, which commemorates the adoption of the U.S. Constitution and is dedicated to educating Americans about the rights enshrined in their founding documents, Syracuse University has planned a number of events. These activities are scheduled to take place on Sept. 17, the day the U.S. Constitution was signed in 1787.

The Office of Government and Community Relations will chalk key phrases from, and inspired, by the Constitution on the Quad walkways. The rain date is Sept. 18.

Free pocket U.S. Constitutions are available at Bird Library, and a large-scale display of the document will also be on display.

WAER-FM88, in conjunction with the Office of Government and Community Relations, will broadcast quick features on the U.S. Constitution throughout the day.

Also planned is an address by Susan Arbetter, the state capitol correspondent and news and public affairs director at WCNY-TV and Radio.

Arbetter will speak on the topic of “New York’s Constitution, Sometimes It’s Just a Suggestion.” Her speech will take place at 4 p.m. in the Alumni Heritage Lounge at the College of Law. A reception will follow the lecture at 5 p.m. 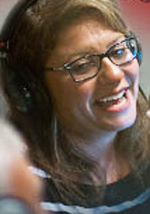 An award-winning broadcast journalist, Arbetter was creator and host of the radio program “Roundtable Show” and of the television program “New York Now.” Currently, Arbetter hosts and produces “The Capitol Pressroom,” a daily WNCY radio show broadcast from the state capitol in Albany. “The Capitol Pressroom” features interviews with newsmakers, as well as reports by journalists from The New York Times, Newsday, the Albany Times Union, Gannett News Service and the Associated Press. Arbetter also hosts “The Capitol Report,” a television news show covering the New York State legislature and statewide government.