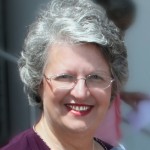 Dawn M. Long, the office coordinator and graduate secretary in the Department of Biomedical and Chemical Engineering, was recently elected to Golden Key International Honour Society’s council of advisors. She will serve on the council for a three-year term.

The council of advisors (CoA) is composed of an esteemed group of men and women from the academic community. They work closely with chapter advisors to provide feedback to Golden Key staff and leadership and foster collaboration among chapters in their region. The CoA assists Golden Key staff in the implementation of initiatives within their geographic areas of responsibility.

“I am very honored to represent Region 10 on the Council of Advisors,” Long says. “Communication is the key to the success of any organization. As a voice for Region 10 of the CoA, my goal is to improve communication between the chapters and the organization’s leadership. The student leaders I have met through Golden Key are the reason I believe Golden Key membership is so worthwhile. To them, the Golden Key pillars of academics, leadership and service aren’t just words. I am hoping that through effective communication, we can promote new ideas and initiatives so that our members enjoy their Golden Key experience as much as I have.”

Long is in her 25th year at Syracuse University and has been the primary advisor of the Syracuse University chapter since 2011. As the graduate secretary in her department, she interacts with a diverse group of students on a daily basis, something she says she thoroughly enjoys. She has represented the SU Chapter at two Regional Summits (UMass-Amherst and UMass Boston) and the 2012 International Summit in Atlanta, Georgia. In 2012, she was one of 11 advisors in North America selected by Golden Key International to receive a Regional Advisor of the Year Award. She has three daughters, all SU graduates, and four grandchildren.