SU and the Cold Case Justice Initiative based in the SU College of Law will commemorate the 50th Anniversary of the bombing of the Sixteenth Street Baptist Church, in Birmingham, Ala., with a screening of Spike Lee’s documentary “Four Little Girls” and a discussion with Judge Helen Shores Lee of the Ninth Judicial Circuit in Jefferson County, Ala.

The event, “Four Little Girls: Remembering the Lives Lost for Freedom Commemorating the 50th Anniversary of the Bombing of the Sixteenth Baptist Church,” will be held Sunday, Sept. 15, from 4-6:30 p.m. in Grant Auditorium at the SU College of Law and is free and open to the public. Free parking is available in the Irving Garage. 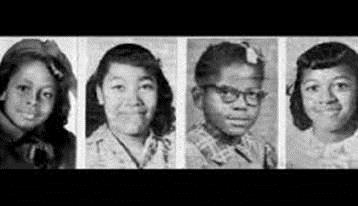 The four victims of the Sixteenth Street Church bombing

Birmingham had been the location of major civil rights activity and major opposition to racial equality and justice by the Klan. The city became known as “Bombingham” due to the more than 50 bombings of black people’s homes and institutions from World War I to the Civil Rights Era in the 1960s. The bombing that killed the four young girls sent sadness and outrage throughout the black community and across the nation. It galvanized the Civil Rights Movement, strengthened its’ members resolve for nonviolent protest and intensified the demand for racial equality and social inclusion. In July 1964, the President Lyndon B. Johnson signed the Civil Rights Act of 1964 into law.

It would be years later, however, before anyone was convicted for murdering the four girls. In 1965, Ku Klux Klan member Robert Chambliss, Thomas Blanton, Bobby Frank Cherry and Herman Frank Cash were identified as the likely suspects in the bombing. The FBI closed the investigation in 1968 without filing charges. Only Chambliss was convicted in 1977.

Then, in 1980, a Department of Justice investigation determined that director J. Edgar Hoover prevented the agents from disclosing their findings to prosecutors. So a renewed investigation occurred against the other suspects.

This resulted in the subsequent prosecutions of Blanton in 2001 and Cherry in 2002. Cash was never charged and died in 1994. 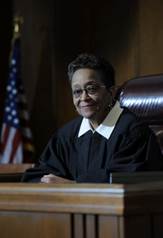 Guest speaker Judge Helen Shores Lee witnessed and experienced the racial violence that pervaded the American South, and which especially gripped Alabama in 1963. Judge Lee’s father, Arthur Shores, was a local African American civil rights attorney in Birmingham. His clients included Martin Luther King; Autherine Lucy, the first African American to seek admission to the University of Alabama; and Vivian Malone and James Hood, whose entry to the University of Alabama was blocked by Gov. George Wallace.

Attorney Shores and his family were targeted by the Klan. The Shores’ home was bombed in August and early September 1963.  Just over a week after the bombing of the Sixteenth Street Baptist Church, a bomb exploded on the street near the Shores’ home. Judge Lee will discuss her experiences in relation to the racial violence in Birmingham and the bombing of Sixteenth Street Baptist Church, her reflections on her father’s unfailing pursuit of equality and justice and her reflections on progress in Birmingham and what progress remains to be accomplished for full equality.