This year’s lineup includes a piece by renowned composer and director Meredith Monk, an evening with award-winning singer and dancer Sutton Foster, a concert by celebrated musical ensemble Kronos Quartet, a performance by the Houston Ballet II and a presentation by modern dance acrobatic company Diavolo Dance Theater.

Pulse, presented by SU’s Division of Student Affairs, provides students and, in turn, the Central New York community, with out-of-classroom opportunities to attend and participate in programs, performances, exhibitions and events in the performing and visual arts.

This Pulse season, the Division of Student Affairs is partnering with SU Arts Engage, a department within SU created in 2008 by Chancellor Nancy Cantor. SU Arts Engage is a performing arts organization that has frequently partnered with various arts organizations. SU Arts Engage also commissions world-renowned artists as a part of its mission to foster collaboration and inspire the SU and surrounding communities through diverse performance art. 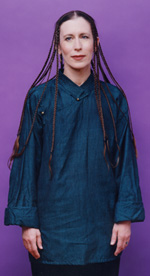 Free for students, faculty and staff with SU I.D. and $10 for general admission. Visit http://artsengage.syr.edu for information on reserving tickets.

Monk is a composer, singer, director/choreographer and creator of new opera, music-theater works, films and installations. Over the last five decades, Monk has solidified herself as a trailblazer in musical composition and vocal technique.

Her work thrives at the intersection of music and movement, image and object, and light and sound, in an effort to discover and weave together new modes of perception. She has been recognized as “a magician of the voice” and “one of America’s coolest composers.” Her work is celebrated internationally and has been presented in a broad array of venues including BAM, Lincoln Center Festival, Houston Grand Opera, London’s Barbican Centre and other major venues in countries from Brazil to Syria.

Among her many accolades, she was named 2012 Composer of the Year by Musical America, and one of NPR’s 50 Great Voices. She received the New Music USA’s 2013 Founders Award, a 2011 Yoko Ono Lennon Courage Award for the Arts and a 2012 Doris Duke Artist Award. 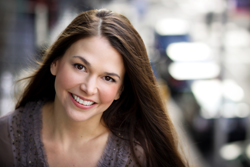 Foster is an award-winning actor, singer and dancer who has performed in 10 Broadway shows and originated roles in the Broadway productions of “The Drowsy Chaperone,” “Little Women” and “Young Frankenstein” and her Tony Award-winning performances in “Anything Goes” and “Thoroughly Modern Millie.” Foster has also performed roles on various television shows. Currently, she is starring on the ABC Family series “Bunheads,” created by Amy Sherman Palladino.

As a solo artist, Foster has performed nationally and internationally, gracing the stages of Carnegie Hall, Feinstein’s and Lincoln Center’s American Songbook Series. In 2011, she received an honorary doctorate degree from Ball State University, where she is also a faculty member in the Department of Theatre and Dance.

Sutton’s musical director, Michael Rafter, will be collaborating on her Pulse performance. They first began working together on Sutton’s first solo CD, “Wish,” which was released in February 2009.  Their second CD, “Sutton Foster, Live at the Carlyle,” was released in March 2011.

Rafter is a renowned director who has worked on some of the most well-recognized American musicals.  He conducted “Gypsy” both on Broadway starring Tyne Daly, as well as the TV movie starring Bette Midler, and won an Emmy award for his music direction of the movie.  He has supervised the Broadway and national touring companies of several productions. On Broadway, Rafter has served as music director/conductor of “Thoroughly Modern Millie,” “The Sound of Music” and “The King & I.” 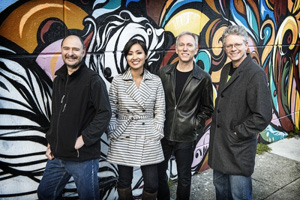 They have collaborated with many of the world’s most eclectic composers and performers, and have commissioned more than 750 works and arrangements for string quartet. In 2011, Kronos became the only recipient of both the Polar Music Prize and the Avery Fisher Prize, two of the most prestigious awards given to musicians. Other notable achievements include a Grammy in 2004 for Best Chamber Music Performance, and a “Musicians of the Year” award in 2003 from Musical America. 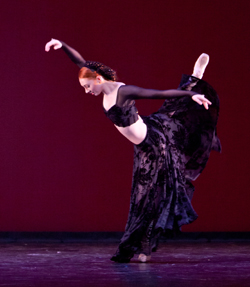 Diavolo Dance Theater is an internationally renowned modern acrobatic dance company. Diavolo is composed of gymnasts, dancers, actors and athletes. The company has developed a reputation for stunning, innovative and inspired performances that utilize oversized sets and uniquely created structures.

Through working together, Diavolo dancers explore the challenges of relationships, the absurdities of life and the struggles to maintain our humanity. Founded by Jacques Heim in 1992 in Los Angeles, Diavolo has toured throughout the United States, Europe, Asia and Latin America.

In addition to these shows, Pulse is offering reduced-price tickets to select Famous Artists Broadway Theater Series shows to SU students only. The shows included this season are “Hello, Dolly!,” “50 shades! The Musical,” “War Horse,” “Mannheim Steamroller Christmas,” “Memphis,” “American Idiot” and “Rock of Ages.” For a listing of the dates for each show visit http://pulse.syr.edu

For more information on Pulse, visit http://pulse.syr.edu or call 315-443-2718. Become a fan on Facebook at Pulse Performing Arts Series at Syracuse University.