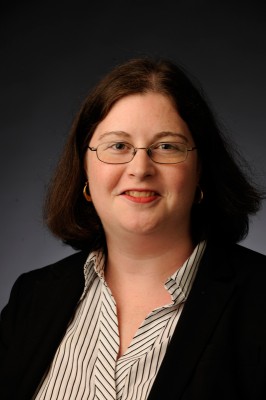 Aileen Gallagher, assistant professor of magazine at the Newhouse School, has launched College Longreads in partnership with the content curator Longreads.

Each week, Gallagher helps Longreads highlight the best of college journalism. Recent picks include “Without Rules: The Untold Story of the Johnny Bright Incident” by Kyle Fredrickson for The Daily O’Collegian at Oklahoma State University; “School’s Out Forever” by Allison Pohle for Inside Columbia magazine at the University of Missouri; and “Newtown Youth Sports: A New Normal” by Isabelle Khurshudyan of the University of Southern California, for ESPN.com.

Selections are posted on the Longreads Twitter feed and website and included in a weekly newsletter. Longreads has more than 50,000 readers across email, RSS and Facebook, as well as nearly 100,000 Twitter followers, 20,000 on Tumblr and more than 150,000 monthly site visitors.

Gallagher is a former senior editor for New York Magazine online. During her tenure there, she shared several National Magazine Awards with her colleagues, including General Excellence Online. She led the Grub Street food blog network from 2007-2010; the flagship site, Grub Street New York, was a James Beard Award finalist in 2010.

Prior to joining New York Magazine, Gallagher was a founding editor of the independent online magazine, The Black Table. Her writing has appeared in various print and online outlets, including Vulture, Bust, the New York Post, the New York Law Journal, Mediabistro, TheStreet.com and many others. She is also the author of several children’s nonfiction books about topics ranging from hepatitis to the Japanese Red Army.

She is a graduate of the Newhouse School.