The Newhouse School’s Magazine Department Speaker Series will bring two journalists to campus this fall. Follow on Twitter at #MagSpeakSU. 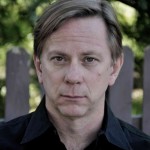 Draper will speak at Newhouse on Wednesday, Sept. 25, at 5:30 p.m. in the Joyce Hergenhan Auditorium in Newhouse 3.

One of the nation’s top magazine writers, Draper is a contributing writer for The New York Times Magazine and a correspondent for GQ. Previously, he was a staff writer at Texas Monthly. His magazine work has also appeared in the Atlantic Monthly and the New Republic, among others, and he writes occasional travel pieces for the New York Times.

Draper is the author of the novel “Hadrian’s Walls” and the best-selling nonfiction books “Dead Certain: The Presidency of George W. Bush” and “Rolling Stone Magazine: The Uncensored History.” He is currently at work on a book about the historical racial divide in Washington, D.C. 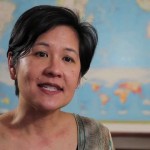 Quintos is the executive editor of National Geographic Traveler, one of the country’s leading travel publications. In her role, she manages the day-to-day operations of the magazine, works with writers and designers and oversees feature franchises for the magazine, including “Tours of a Lifetime,” now in its ninth year, and the Travelers of the Year.

For more information about the events, contact Jim Shahin at jbshahin@syr.edu.