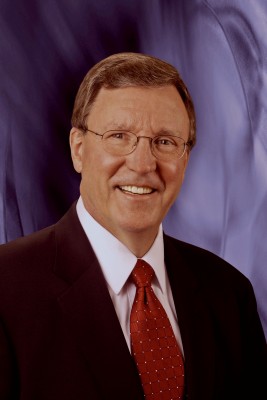 The School of Education will begin its 2013-14 Landscape of Urban Education Lecture Series by welcoming Jerry Weast to speak on Sept. 3 at 5 p.m. in Watson Theater. His talk is titled “Deliberate Excellence—Ensuring Equity and Opportunity through Sequenced Change” and will be free and open to the public. Free parking will be available in the Irving Garage. CART will be available. Weast’s visit is co-sponsored by Say Yes to Education.

Weast’s career in education leadership includes 35 years as a superintendent of schools in five states. Weast has demonstrated his commitment to ensuring all students graduate prepared and inspired for success in college and careers, is widely respected for his expertise in crafting coherent strategies to sequence change efforts, and currently advises and collaborates with foundations and school district leaders to improve the quality of public education across the United States.

During his 12 years as superintendent of Montgomery County Public Schools in Maryland, Weast led the district to achieve both the highest graduation rate among the nation’s largest school districts for four consecutive years and the highest academic performance ever. This occurred during a period at MCPS where the non-English-speaking student population more than doubled and enrollment tipped toward low socioeconomic demographics. MCPS students demonstrate some of the highest participation and success rates in the country on college readiness measures such as the SAT and AP exams.

During Weast’s tenure, MCPS received the Malcolm Baldridge National Quality Award for management excellence (2010) and was a 2010 finalist for the Broad Prize in Urban Education. Weast’s presentation will address how he led MCPS to achieve a national reputation for outstanding student achievement. He will discuss the patient process that built the cultural foundation in every aspect of the school system to support student success.

Since 2005, the Landscape of Urban Education Lecture Series has been dedicated to the presentation of current ideas and strategies for navigating urban education terrain in the United States. The speakers engaged for this series are renowned scholars committed to revitalizing inclusive urban education.