Library Features Birds of John Audubon in the American Landscape 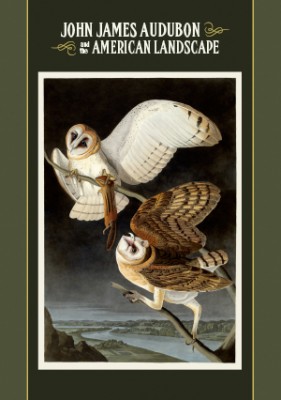 “John James Audubon and the American Landscape” will open at the SU Libraries on Thursday, Sept. 5

Syracuse University Libraries’ fall exhibition, “John James Audubon and the American Landscape,” will open with a reception on Thursday, Sept. 5, at 6 p.m. in the Special Collections gallery on Bird Library’s sixth floor.

John James Audubon and the American Landscape showcases Syracuse University’s copy of the rare double elephant folio “The Birds of America.” Printed in London and Edinburgh between 1827 and 1838, the work is a stunning visual catalog that features 435 plates depicting American bird life.

For its 19th-century audience, “The Birds of America” was much more than an ornithological inventory. It brought the exotic American wilderness into the drawing rooms and parlors of its wealthy subscribers.

Former mayor of Syracuse and Syracuse University trustee James J. Welden donated the copy to the University in 1896. Today, “The Birds of America” is known for its extraordinary value, fetching more than $10 million at auction.

Also on display are Alexander Wilson’s “American Ornithology” (1808–14), Audubon’s textual companion to “The Birds of America” (Ornithological Biography, 1831–49), and later volumes that speak to Audubon’s legacy, such as first editions of Charles Darwin’s “On the Origin of Species” (1859) and Aldo Leopold’s “A Sand County Almanac and Sketches Here and There” (1949).

Some of the engravings on display include the barn owl, Swainson’s hawk and the long-billed curlew, all of which depict American avian life against the backdrop of encroaching civilization.

Preceding the reception at 5 p.m., Christoph Irmscher, professor of English at Indiana University at Bloomington, will present the lecture “Lives of the Birds: Audubon and the Problems of Scientific Biography.” The lecture will be held in the Peter Graham Scholarly Commons on the first floor of Bird Library.