Hendricks Chapel is welcoming five new staff members for the start of the 2013-14 academic year.

“Hendricks Chapel is delighted to welcome this diverse group of talented chaplains to Syracuse University,” says Hendricks Chapel Dean Tiffany Steinwert. “They not only bring tremendous energy and enthusiasm for spiritual life on campus, but also are committed to interfaith engagement among people of all faith and non-faith traditions. We look forward to their presence and participation in the chapel and across the University.”

The new staff members are: 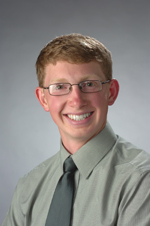 Bartholomew and his wife, Kate, are Western New York natives who are happy to have found themselves naturalized into the Central New York landscape. Bartholomew is a 2010 alumnus of SUNY ESF, and his wife is a 2011 alumna of SU. Both were involved in the Baptist Campus Ministry as students, and say it truly shaped their college experience.

During the final half of his senior year, Bartholomew served as an intern with BCM, working with his peers on Bible studies and one-on-one meetings. Throughout that time, he also supported two Le Moyne College students as they launched their student-led Bible study. Bartholomew continues to act as a moderator for the Bible study, which is now a recognized club.

Bartholomew works as an arborist in Central New York, and is thankful that he has been able to maintain many relationships with SU’s BCM students and assist the chaplain over the past two years.

When the Bartholomews are not on campus, they can usually be found in any nearby forest—hiking, snowshoeing or climbing trees—or at a local ice cream shop.

“We loved our college experience at ESF/SU because of BCM,” Bartholomew says. “We are ebullient for the opportunity to give back to the Hendricks Chapel community through BCM as others so richly gave to us.” 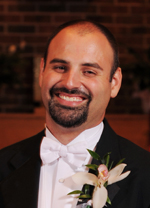 In addition to his role as director of the Hendricks Chapel Choir, Calvar will also join the faculty of the Setnor School of Music in the College of Visual and Performing Arts. He formerly served as a high school choral director and music theory instructor at Northwest School of the Arts and director of music at St. John Neumann Catholic Church, both in Charlotte, N.C. His choirs consistently received superior ratings at adjudications and festivals nationwide.

Calvar holds the D.M.A. degree in choral conducting from the University of South Carolina; he also studied at Georgia State University and East Carolina University. He performs frequently as a baritone, both as a soloist and as a chorister; recent highlights include singing for high Mass at the Vatican. He is a frequent guest conductor and clinician.

Calvar has performed as a percussionist and soloist and has collaborated in jazz recordings as a vocalist, percussionist and pianist. An accomplished composer, he has also been commissioned to compose for various organizations. Many of his choral compositions are published by Colla Voce Publications and performed worldwide. He is an active member of the American Choral Directors Association, the American Society of Composers, Authors and Publishers and the National Association of Pastoral Musicians. 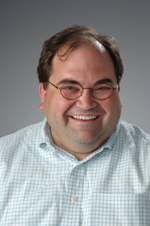 Fellman, who begins at Syracuse University in August, is the first Campus Rabbi at Hillel at Syracuse in seven years. As the Jewish chaplain for Hendricks Chapel, Fellman will organize interfaith programming and represent Hillel at official campus events. Additionally, he will assist Hillel’s student leadership with the infusion of meaningful Jewish content and values into their existing programming.

Fellman will remain the head Rabbi at Temple Concord, a reform congregation located adjacent to the SU campus, where he has been for four years. He is a native of Omaha, Neb., and graduated from Colorado College in 1996 with a bachelor’s degree in political science. While at Colorado College, he was a founding student member of the Colorado College Hillel. Fellman earned a master of arts in Hebrew letters from Hebrew Union College-Jewish Institute of Religion in Cincinnati and was ordained in June 2005.

“The Board of Governors and I invited Rabbi Fellman to join our staff because he is an established and well-respected member of the Syracuse religious community,” says Brian Small, Hillel at Syracuse University’s interim executive director. “Rabbi Fellman already has a great relationship with the University and Hendricks Chapel. He will fit right in as a chaplain, and I believe he will become an integral part of the Syracuse University and Hendricks Chapel family.”

“I love working with students because I want to help them develop their own Jewish voice and provide them with lots of opportunities to do so,” says Fellman. “It is an honor for me to be on that journey with them.”

Fellman and his wife, Melissa, are the parents of two sons, Zachary and Jacob. 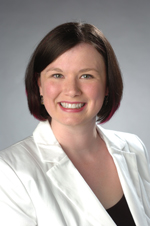 Born and raised in Newark, N.Y., Preuninger received a bachelor’s degree from Hamilton College with a concentration in German and studio art, and a master of divinity degree from Princeton Theological Seminary. She loves to travel and make pottery.

Her previous employment includes serving as the spiritual life coordinator at Casowasco Camp and Retreat Center, as a teaching fellow at Princeton Theological Seminary, and as a manager of a locally owned toy store in Princeton, N.J. Most recently, she was the pastor of Oneida First United Methodist Church in Oneida, N.Y. She is married to Nick Preuninger, an ordained teaching elder in the Presbyterian Church (USA). The couple has a 9-month-old son, Henry.

Preuninger is excited to begin a new chapter of her life at Hendricks Chapel as the United Methodist Ecumenical campus minister, seeking to create community around the life of the spirit by encouraging growth in faith, interfaith conversation, and collaboration and social advocacy. 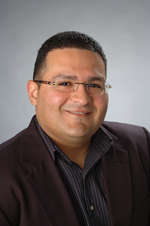 Santiago was born in Ponce, Puerto Rico, into a Christian family. His father has served as pastor, church planter and evangelism director in his more than 30 years of ministry. Santiago felt God’s calling at the age of 16, and after graduating from high school left Puerto Rico as a summer missionary to work with inner city youth in Houston. While there, he served at the Inner City Mission Centers of Houston while attending the Art Institute of Houston and University of Houston.

In 2001, Santiago left Houston to return to Puerto Rico, where he served as state student director, leading youth and collegiate ministry for the Southern Baptist Convention in Puerto Rico. He served in that position for six years. While serving as student director, Santiago also served at Iglesia Bautista Monte Sion in the town of Humacao, where he was the lead pastor. There he met his wife, Yesenia. After six years of serving in Puerto Rico, Santiago and his wife moved to New York, to serve with the Baptist Convention of New York as the associate director of student evangelism under the Evangelism and Ministry Division.

In 2011, he was asked to lead the Evangelism and Partnerships effort for the Baptist Convention of New York. Santiago was commissioned as a North American Mission Board Missionary in 2007 and represents New York in the State Student Director Association and Baptist Collegiate Network. He has chaired the committee for under-reached ethnic students and has also been appointed by the SBC Executive Committee to serve in the SBC Hispanic Advisory Council.

The Santiagos are the parents of a 2-year-old daughter, Alyah Raquel.