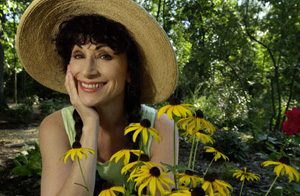 Writer and naturalist Diane Ackerman will present “Everyday Heroism: The Subversive Power of Compassion” at 4 p.m. Tuesday, Sept. 24, in the Killian Room, 500 Hall of Languages. The lecture is free and open to the public. Parking is available in SU’s paid lots.

Ackerman has authored two dozen works of nonfiction and poetry, including “The Zookeeper’s Wife” (W.W. Norton & Co., 2007) and “A Natural History of the Senses” (Vintage, 1990). Her most recent book, “One Hundred Names for Love: A Stroke, a Marriage, and the Language of Healing” (W.W. Norton & Co., 2011), was a finalist for the Pulitzer Prize in nonfiction and the National Book Circle Critics Award.

Ackerman’s writing focuses on compelling details of human interactions and our miraculous connections to the natural world. “I don’t want to get to the end of my life and find that I have just lived the length of it,” she once said. “I want to have lived the width of it as well.”

Her lecture is based on “The Zookeeper’s Wife,” which recounts the true story of how Jan and Antonina Zabinski sheltered hundreds of Jews from the Warsaw ghetto at the Warsaw Zoo. “One Hundred Names for Love” is a memoir about Ackerman’s experience as her husband, the novelist Paul West, recovers from a stroke that affected his ability to speak.

“It’s hard for me to keep science out of my writing,” Ackerman told Publisher’s Weekly in 1991. “A critic once said that airfoils, quasars, corpuscles aren’t the proper form of art. But to agree ignores much of life’s fascination and variety. Writing, which is my form of celebration and prayer, is also my way of inquiry.”

Ackerman earned a bachelor’s degree from Penn State; and a master of arts, a master of fine arts, and a doctorate from Cornell University.  She has taught at several universities, including Columbia and Cornell, and she lives in Ithaca.

In 1999, scientists named a molecule named after Ackerman. The molecule, the dianeackerone, is a component in the glandular secretion of the adult African dwarf crocodile.