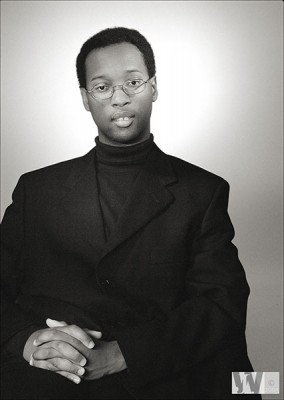 Kola Owolabi, Syracuse University organist and associate professor of music in the Rose, Jules R. and Stanford S. Setnor School of Music in the College of Visual and Performing Arts (VPA), will present an organ recital on Tuesday, Sept. 3, at 8 p.m. on the historic Holtkamp organ in the Rose and Jules R. Setnor Auditorium, Crouse College.

At SU, Owolabi teaches courses in organ, improvisation, continuo playing and Baroque chamber music; plays for weekly chapel services and special events; and coordinates the Esther Drake and John Vincent Malmgren Concert Series at Hendricks Chapel. He is also the dean of the Syracuse chapter of the American Guild of Organists.

As a solo recitalist, he has performed across Canada, the United States, Mexico and Jamaica, appearing at such venues as St. Thomas Church on Fifth Avenue in New York City; Methuen Memorial Music Hall in Massachusetts; Cornell University in Ithaca, N.Y.; and the University of the West Indies in Jamaica. He also performs regularly as organist and harpsichordist with the Miami-based, Grammy-nominated vocal ensemble Seraphic Fire and Firebird Chamber Orchestra.