Robert DeLong, Ab-soul and Smallpools to perform on indie stage

Six artists are set to perform at this year’s Juice Jam Music Festival on Sept. 8. The multi-genre lineup includes Kendrick Lamar, Nicky Romero and The Neighbourhood. Robert DeLong, Ab-soul and Smallpools will appear on the indie stage. 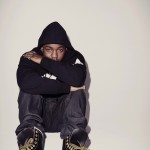 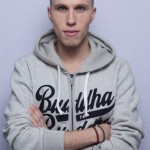 EDM artist Romero gained recognition with his popular singles “Toulouse” and “Like Home (featuring NERVO),” which led him to be named one of MTV’s EDM artists to watch in 2012. His recent single “I Can Be the One” with Avicii rose to the top of international charts and was named the biggest-selling dance track of 2013. 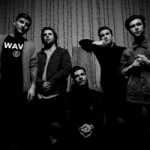 The Neighbourhood, an American alternative rock band, rose to popularity with its first full-length album “I Love You,” featuring the single “Sweater Weather,” which topped Billboard’s alternative charts.

Hip-hop artist and Black Hippy member Ab-Soul is known for his album “Control Systems” and single “Terrorist Threats” off the same album. His music is inspired from personal hardships and opinions on current events.

Founded in early 2013, indie-pop band Smallpools has quickly attracted attention after releasing their first EP “Smallpools. The band’s infectious single “Dreaming” rapidly shot to No. 1 on Hype Machine within days of its release.

Tickets for Juice Jam will go on sale online on Aug. 13 at boxoffice.syr.edu and on Aug. 26 at the Schine Student Center Box Office. Ticket sales are open to all SU and SUNY ESF students, staff and faculty for $10; up to six tickets can be purchased per person at the box office and up to four tickets per person can be ordered online. A valid college, staff or faculty I.D. is required to purchase tickets to the event, as well as to gain entry to the venue.

For more information, contact Mitchell Mason, director of public relations for University Union, at press.uu@gmail.com. For the latest updates on all University Union events, follow its social media accounts on Twitter, https://www.twitter.com/uuinsider, and Facebook, http://www.facebook.com/universityunion.