VPA’s Film Program Ranked No. 16 by the Hollywood Reporter 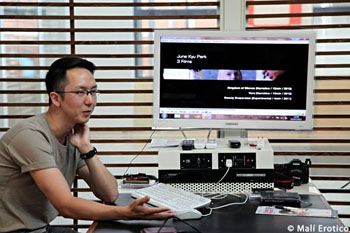 The College of Visual and Performing Arts’ film program in the Department of Transmedia was ranked No. 16 on the Hollywood Reporter’s (THR) list of the “Top 25 Film Schools of 2013” in its Aug. 9 issue. The article highlights the program’s involvement in the International Filmmaking Academy; study abroad opportunities in Bologna, Italy, and Prague, Czech Republic; and the Syracuse International Film Festival.

The third annual rankings were based on ratings by industry insiders as well as the results of an online ballot distributed to members of the Writers Guild of America, West; American Cinema Editors; and the Academy of Television Arts & Sciences.