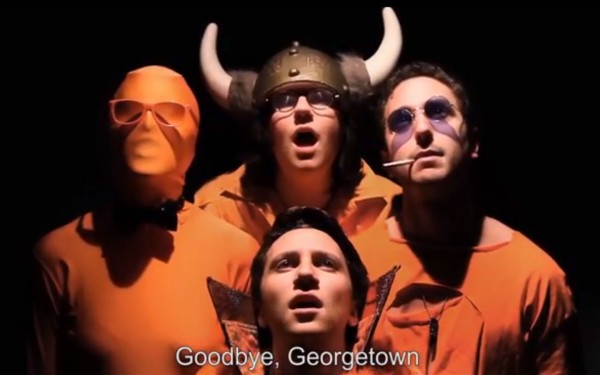 “Boeheimian Rhapsody” is a parody of the hit music video “Bohemian Rhapsody” performed by the rock group Queen. The six-minute video is an amusing look at the Syracuse University basketball program and its transition to the ACC.

The award was presented on June 19 at the AHECTA annual conference in Memphis, Tenn.

This is the second consecutive year that AHECTA has honored an SU student production as Best Original Short Film or Music Video. Last year’s winners were students Tanner Iskra and Nathan Jones for their video “Doesn’t Matter—Deadly Syndrome.”

Humor Whore is a home for experimental comedy, a lab where comedians are given the opportunity to play and express humor in nontraditional ways. Starting its third year this fall, the group consists of 16 to 20 students each year who are selected from, on average, about 75 students who apply. In a typical semester, Humor Whore will produce eight to 10 pieces. Ferreiro is executive producer of Humor Whore.