Stripling Inaugurated as ALA President 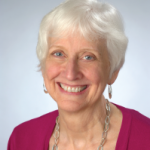 School of Information Studies (iSchool) Assistant Professor of Practice Barbara Stripling was inaugurated as the president of the American Library Association (ALA) at the group’s annual summer conference in Chicago last week.

As president of the ALA, Stripling will be the chief elected officer for the world’s oldest and largest library organization. ALA’s membership ranks include more than 60,000 librarians, library trustees and library supporters.

During her term, Stripling will focus on her “Libraries Change Lives” initiative. The initiative is framed around three areas of transformative practice that enable community members to change their lives: literacy, community engagement and innovation.

“Libraries of all types across the country are on the move,” Stripling explains. “They are transforming their programs, collections and services to provide equitable access to information and meet the priorities of the communities they serve. “

As libraries evolve and transform, they are “becoming centers of conversation, community engagement, learning and innovation,” Stripling says.

Stripling’s presidential initiative supports important goals in the ALA’s strategic plan of “Transforming Libraries.” The group’s multiyear initiative, “The Promise of Libraries,” aims to enable libraries to turn outward to their communities and rethink the way they connect with and serve individuals and the community at large.

“I am honored and humbled to have an opportunity to lead the association at this critical and exciting time for our nation’s libraries,” Stripling says. “I will dedicate myself to supporting our members’ efforts to transform their libraries into virtual and face-to-face community centers of conversation, equitable access to information, participatory learning and civic engagement.”

Stripling joined the faculty at the iSchool in January 2012, after serving for six years as director of library services for New York City’s Department of Education. She has also served as an adjunct professor for the iSchool since 2007.