The Janklow Arts Leadership Program in Syracuse University’s College of Arts and Sciences is welcoming its second student cohort this summer. Since its inception last summer, the Janklow Program has acquired a reputation for academic rigor and selectivity. It also has established an international presence: four of this year’s nine students are from outside the United States. 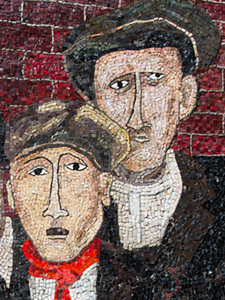 “Our work lies at the nexus of social entrepreneurship and arts administration,” says Mark Nerenhausen, professor of practice and founding director of the Janklow Program. “The rising quality and diversity of our students indicate that the word is getting out about us. The Janklow Program is on the move, with a coherent vision of where it needs to be.”

The new cohort, which begins classes in July, is composed of the following:

Tim Maynes, a resident of South Burlington, Vt., majored in drama at Ithaca College. He has taught high school English, and has directed school and community theater. A lifelong lover of the arts, Maynes hopes to someday run a theater company or an arts education organization. “As a theater educator, I have witnessed, firsthand, the process of transforming students into mature and thoughtful artists,” he says. “I am committed to ensuring that all people have access to the arts.”

Tori Costantino graduated from the University of Texas at Austin, where she studied theater and education. It was while running a theater company at UT-Austin that she became interested in arts leadership. “I want to increase my knowledge of, and marketability in, professional venue management,” says the San Antonio native. “I joined the Janklow Program because it offers cross-curricular education, rather than a single fine arts or business track.” She has studied directing, acting, design, behavioral management, curriculum organization and instructional scaffolding.

Yunshui Ji is from Shanghai, where she has earned degrees in management and in historical culture and tourism. A third-generation artist, Yunshu began studying drawing and painting at age five. She has taught art at the University of Kentucky and has helped organize a contemporary art printmaking exhibition for a museum in Shanghai. “My plan is to play an important role in the management, promotion and advocacy of visual arts organizations on a national and international level,” she says.

Justin Sullivan graduated from Le Moyne College in Syracuse, where he majored in theater arts and participated in the Integral Honors Program. In addition to serving as founding co-executive producer of the Syracuse Fringe Festival, Sullivan has held various positions at Le Moyne’s W. Carroll Coyne Center for the Performing Arts. “In order to excel in the arts, you must practice collaboration and communications,” he says. Sullivan hopes to use his Janklow training to manage a performing arts company in a mid-sized city. 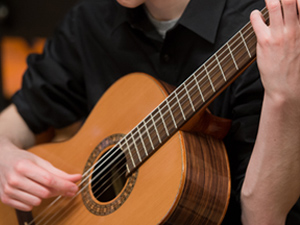 Megan Sauve, a native of Detroit, earned a bachelor’s degree in ceramics from the School of the Art Institute of Chicago. Her interest in arts leadership was piqued after volunteering at a nonprofit arts center on the South Side of Chicago. “My career interest shifted from making art to advocating for it,” says Sauve, whose background includes program management, development and event planning. “I am eager to return to an academic setting to fine-tune my skills, explore new opportunities and get the professional boost I need to advance my career.”

Corinne Tyo ’13 earned a bachelor’s degree in acting from SU, where she was mentored by assistant professor Stephen Cross, founder of an improvisational troupe called the Building Company. Tyo plans to use her Janklow training to help grow the troupe and to pursue other related opportunities. “I’ve always had ideas for things I’d like to create or see created,” says the Charleston, S.C., native, who is also an aerial arts performer. “The Janklow Program will give me the business know-how to get ideas out of my head and in front of an audience.”

Mengyi Yan is a native of Beijing, where she has spent the past two years working for the Yuansheng Cultural Assets & Equities Exchange Co. Yan earned bachelor’s degrees in English language and literature and in cultural and art administration from the Beijing Institute of Fashion Technology. She hopes to parlay her interest in traditional Chinese art into a leadership position at a museum or gallery. “I want to learn how to be a good arts leader,” she says. “It’s not enough to be innovative or a trendsetter; I want to make a difference in art on a global scale.”

Xiaodan Ma hails from Dalian, a major seaport in northeastern China. She recently earned a bachelor’s degree in animation from Shenyang Jianzhu University. Ma is excited to pursue graduate studies at SU. 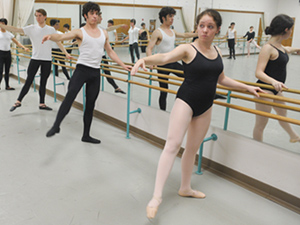 Alexandra Rachelle Siclait is the inaugural member of the new Janklow Arts Leadership Advanced Certificate Program. She is pursuing the certificate as part of a dual-degree program offered by the Maxwell School’s Department of Public Administration and International Affairs and the Newhouse School’s Department of Public Relations. “I would like to work for an arts organization or a cultural affairs bureau, domestically or abroad,” says Siclait, a native of Port-au-Prince, Haiti. “I want to combine my business skills with my passion for arts and culture—shaping public, private, nonprofit and community sectors around arts and cultural activities.” Siclait, who earned a paralegal certificate and bachelor’s degree in political communication from George Washington University, recently served as a curatorial intern with the Community Folk Art Center in Syracuse.

The Janklow Arts Leadership Advanced Certificate Program is a 15-credit-hour program for recent college graduates and experienced practitioners. The certificate program provides an additional foundation and training in management, and may be used in conjunction with other master’s programs on campus.

Housed in the college’s Department of Art and Music Histories, the Janklow Program is a 15-month, 39-credit hour master’s program that trains leaders of nonprofit and for-profit organizations in the creative and performing arts. The program is named for Morton L. Janklow ’50, one of the country’s most powerful literary agents and arts advocates.