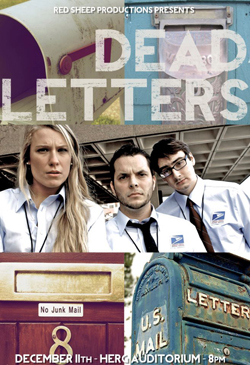 “Dead Letters,” an original TV series produced by students in the Newhouse School’s Department of Television, Radio and Film (TRF), is the recipient of a 2013 Telly Award. The competition drew nearly 11,000 entries from all 50 states and several countries.

“We always push our students to surpass the bounds of ‘student work,’” says TRF Chair Michael Schoonmaker. “The great thing about this award is that these students won it going up against professional competitors. I couldn’t be more proud of this amazing accomplishment by the ‘Dead Letters’ team!”

A panel of more than 500 accomplished industry professionals judged the competition. They evaluated entries to recognize distinction in creative work; entries did not compete against each other, but rather were judged against a high standard of merit.

“Our TRF students’ accomplishment illustrates their creativity, skill and dedication to their craft and serves as a testament to great film and video production,” says Schoonmaker.